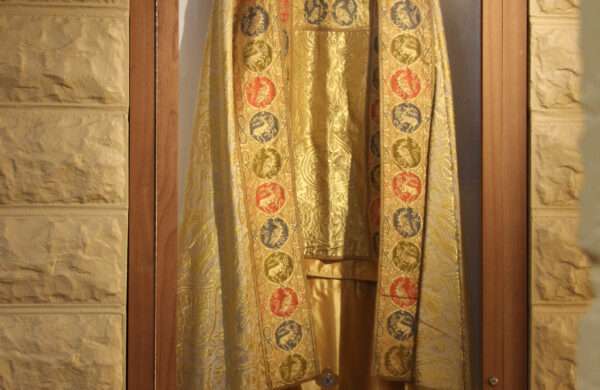 The Protestant Reformation And Its Importance To Ecclesiastical Sewing

Did you know that next fall is going to be a very special year? October 31st, 2017 will mark the 500th anniversary of the Reformation. For Protestant churches, this is… Read more The Protestant Reformation And Its Importance To Ecclesiastical Sewing → 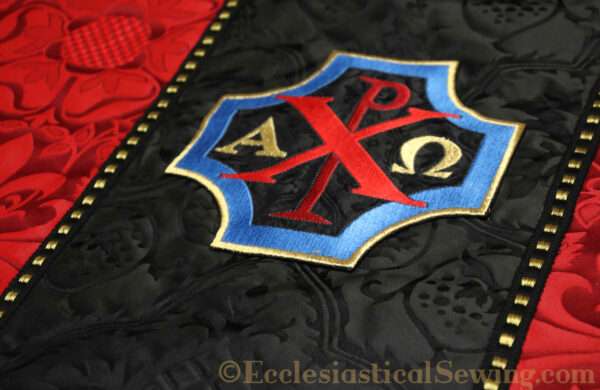 This morning I heard rumors of a heavy frost in Northern Minnesota, and that means only one thing. The summer months have faded into fall and colder weather is on… Read more Chi Rho Liturgical Machine Embroidery Design → 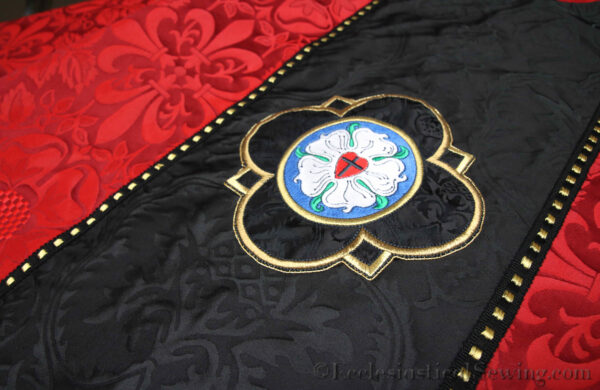 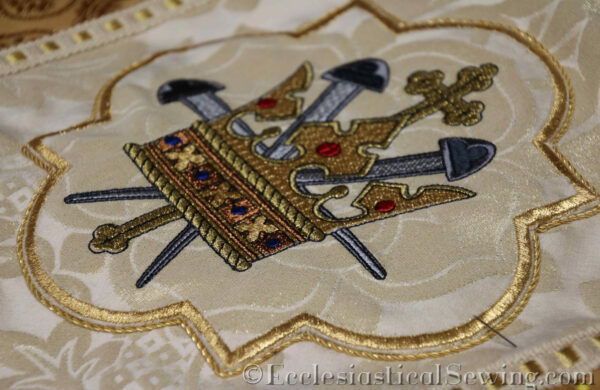 The wardrobe of a member of the clergy is vast. Hopefully your clergy has the basic liturgical wardrobe pieces but if they do not, it is the job of the… Read more Wardrobes for Clergy: Liturgical Vestments and Pastoral Stoles → 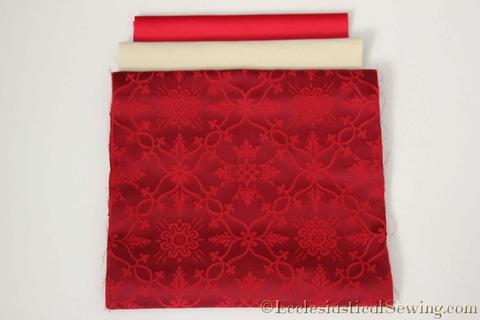 A few days back on Ecclesiastical Sewing, we had a post on matching patterns while working with liturgical vestment fabrics. Once the patterns are matched up on the fabric, the next step is to determine pattern placement on the vestment (IE – those big roses and fleur-de-lis on Lichfield – where will they land once the garment is cut?) This can be another area of concern, and rightly so.  I have made my fair share of  “pattern placement” mistakes over the years.  Pattern or motif placement when working with Ecclesiastical… Read more Lichfield Liturgical Fabric: Reformation Stole and Chasuble → 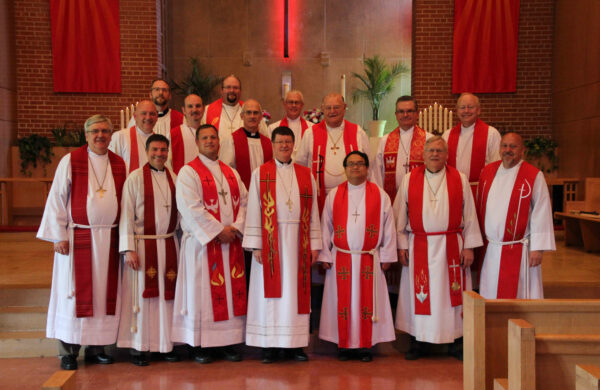 Last weekend my husband and I were invited to meet a friend for dinner following a pastoral installation service. I have to admit that I have never had a chance… Read more Installation Services → 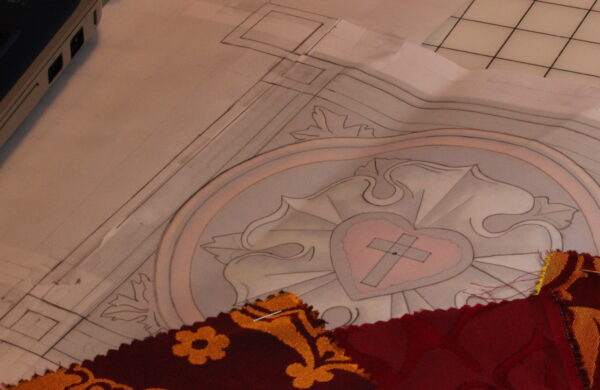 Today’s post is in honor of  the The Lutheran Reformation. Where do Ecclesiastical Sewing and Ecclesiastical Embroidery Design ideas come from? How does one come up with ideas to create… Read more Reformation Vestment Set Ideas → 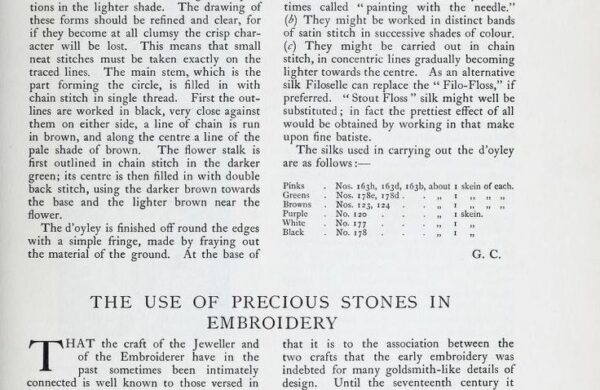 Reading Time for a Stormy Night

The weather took a sudden unseasonably early turn for the worse.  Today if feels more like an early November day, rather than a day in early September.  With the weather… Read more Reading Time for a Stormy Night →