Today’s topic is a historical biography about a saint from the seventh and eighth centuries. St. Hubert–circa 656 A.D. to 727 A.D.– was a Bishop of Liege and along with St. Eustace is the other patron of hunters. St. Hubert was born into the wealthy Dukedom of Aquitaine. After growing up in some of the most prominent courts in the area, he was accepted as the grand master of the household of Pepin of Heristal and married the daughter of a count circa 682 A.D. He was a famous hunter and a soldier; and so he chose to go hunting instead of attending the worship service one year for Good Friday. While tracking a stag on that fateful hunt, the beast turned around and began to preach to Hubert. The stag told Hubert to return to God or else he would wind up in hell. When Hubert took a good look, he saw a cross between its antlers. And falling upon his knees, Hubert cried out in anguish for mercy and direction. The stag instructed him to go and find a man named Lambert, who was the bishop. Sadly at this time his wife died. But this allowed Hubert gave up all worldly possessions, entered the monastery in Stavelot, Belgium, and studied to become a priest. After his ordination, Hubert was sent to the pope in Rome. While in Rome, Lambert was assassinated–circa 705 A.D.–by the followers of Pepin, who was an in-law. The Pope foresaw this happening in a vision and sent Hubert back to take up the position of Bishop in Lambert’s place. Hubert led a holy life as a kind and good bishop. St. Hubert died as a confessor, not a martyr. This means his death was of natural causes, yet he still died confessing the faith.

There is something else that is interesting to note. Have you ever been to a liquor store or at a friend’s house and seen a green bottle. Upon opening it, the smell of black liquorice wafts out, assaulting your nostrils with that distinct smell? You look at the bottle to read the label; and there you see the distinguishing mark. Perhaps you even own a bottle, but have you ever really observed the brand mark of the stag with a cross crowning its antlers? JÃ¤germeister is definitely an acquired taste. But do not let the content of the bottle distract you from the interesting symbol. According to the official website, Jagermeister’s mark is in honor of St. Hubert, patron of the hunter. How interesting is this? St. Hubert is part of our secular culture. This shows that even church heroes can influence our lives in ways and in places we do not expect.

Although today is not his saint day–November 3rd is that specific date–I chose to write about him because he is the name sake of a particular liturgical fabric. St. Hubert, the fabric, was designed by Sir Ninian Comper and was first produced as a liturgical fabric pattern circa 1890. 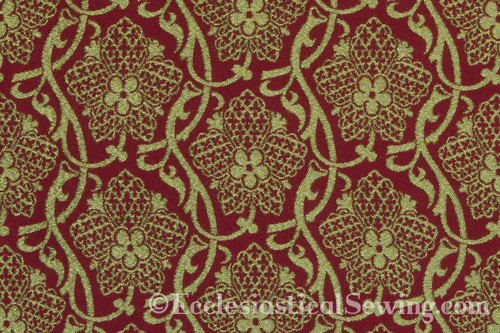 Sir Comper was inspired by a 15th century painting from the exhumation of St. Hubert. St. Hubert–and many other beautiful ecclesiastical fabrics–is available for sale at Ecclesiastical Sewing’s website. 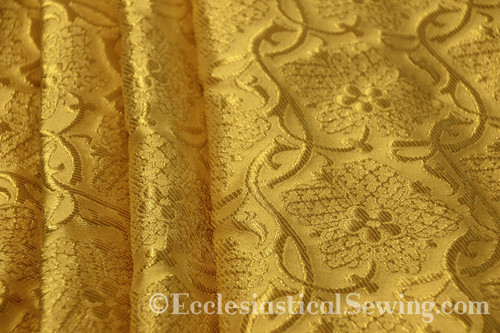 This fabric, made from a blend of cotton, silk and metallic fibers, shimmers with accents of gold. While St. Hubert has a predominant right side, the fabric is also suitable for use in the “reverse” side, which makes for interesting design options. 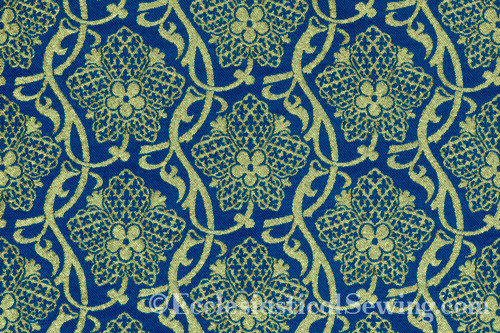 An example would be using the “right” side for the main body, and using the “wrong” side for orphrey trim or accents. 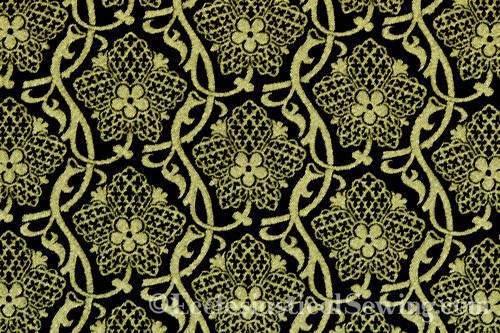 Set your creativity loose and see what can be done with this unique liturgical fabric. But as you are creating, remember the story of the saint for whom this fabric is named.