Today is a very special day, a very special feast day. As Christians, we have been lead to our current place in time by our forefathers, who painstakingly paved the way. September 13th is the feast day for St. John Chrysostom–born circa 349 A.D., although many dates between 344 A.D. and 354 A.D. have been argued for by various scholars. This man is one of the pillars of the faith, a church father. His early education influenced his ability to lead the Church and give to her many gifts in the forms of sermons and the liturgy.

Chrysostom’s father died shortly after his birth; and his mother elected to raise him as a single parent. She was able to have her son study under Libanios, a renowned secular teacher. In Chrysostom’s early years, the Christian world was plagued by dissention. Most notably the conflict raged between those loyal to the Arian heresy and the new supporters of the decrees of the Council of Nicaea. Although sources say that Chrysostom was raised in a Christian environment, his early ambitions were secular. His classical education in Greek and rhetoric was channeled into a career in the law or perhaps some other similar, bureaucratic position. 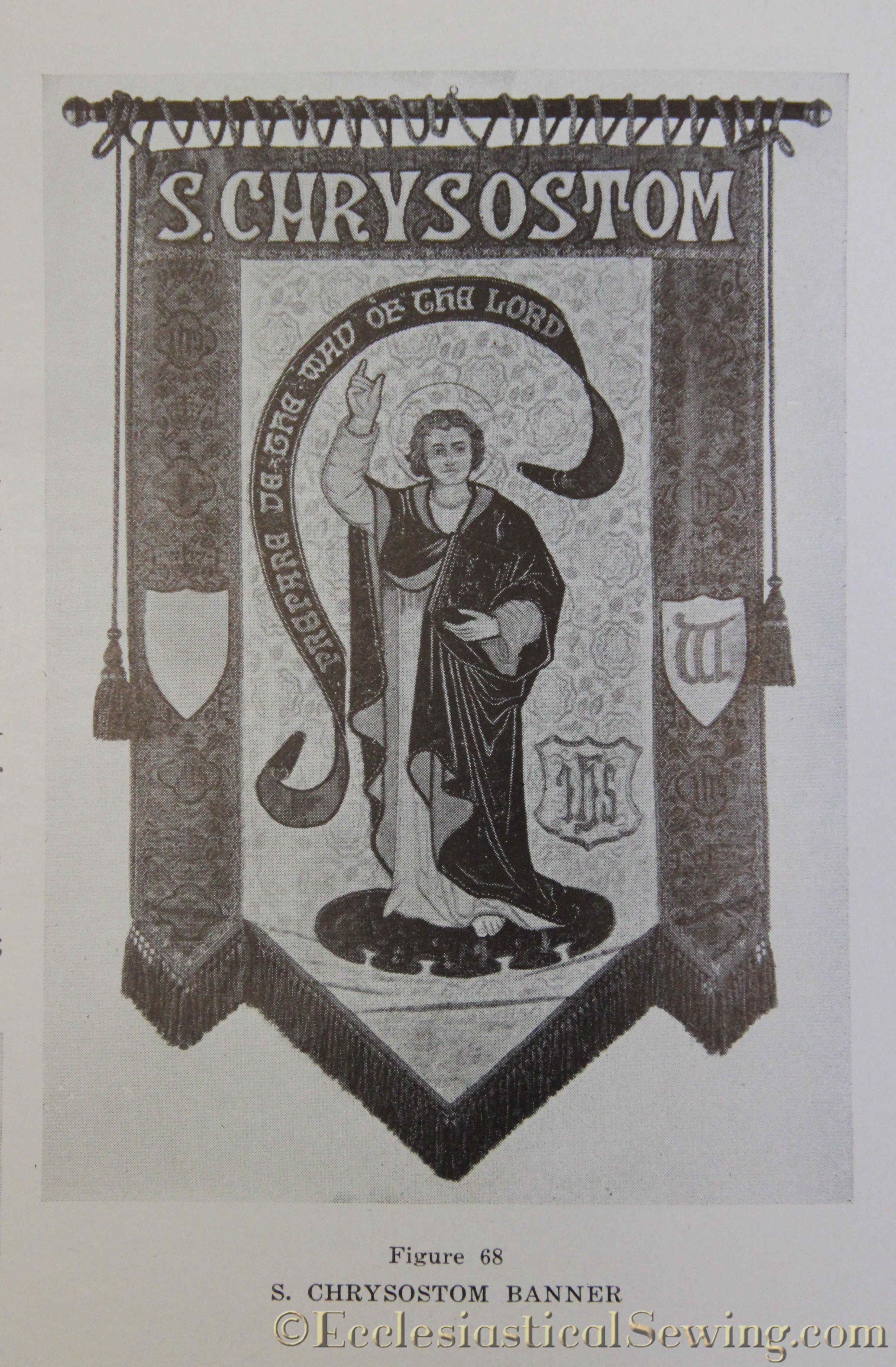 Together with a childhood friend, Basil, Chrysostom rebelled shortly after their formal education finished; and although they remained within their respective households, they led a semi-monastic life. This ascetic withdrawal from the world meant a change in attire. A sleeveless robe, made of rough material, was the chosen dress of these fervent young men. This garment was known as a lebiton. Chrysostom around this time began a friendship and started to attend upon the Bishop of Antioch, who at the time was Meletios. Meletios would have overseen Chrysostom’s instruction and officiated his baptism, most probably, right before the Easter of 368 A.D. This service upon the bishop only lasted until about the three year mark. After Meletios had to leave Antioch for personal safety, Chrysostom was instituted as a reader, the lowest rank in the clergy. He did not remain in this position for long, however, for the solitude of the ascetics in the mountains called to him. Through prayer and self-mortification, the solitaries in the wilderness sought to commune and lead a life of worship to God. The rigor and conditions did catch up with Chrysostom after several years. His health failed to obliged that kind of life and so he returned to Antioch.

After serving as a deacon, Chrysostom was ordained a priest by 386 A.D. He was about 37 years old and extremely developed intellectually and spiritually. He began a long, impressive legacy of sermons during this time. Mastering the political sermon, he always sought to combine Christian morals into his works. He did many sermons on each book of the Bible; first because he believed the Holy Spirit to be the direct author of the Bible and second because he realized that his flock did not have the access or time to devote to a thorough study of the Bible. This meant he always used the Holy Scriptures as his basis for his addresses to the masses of Antioch. 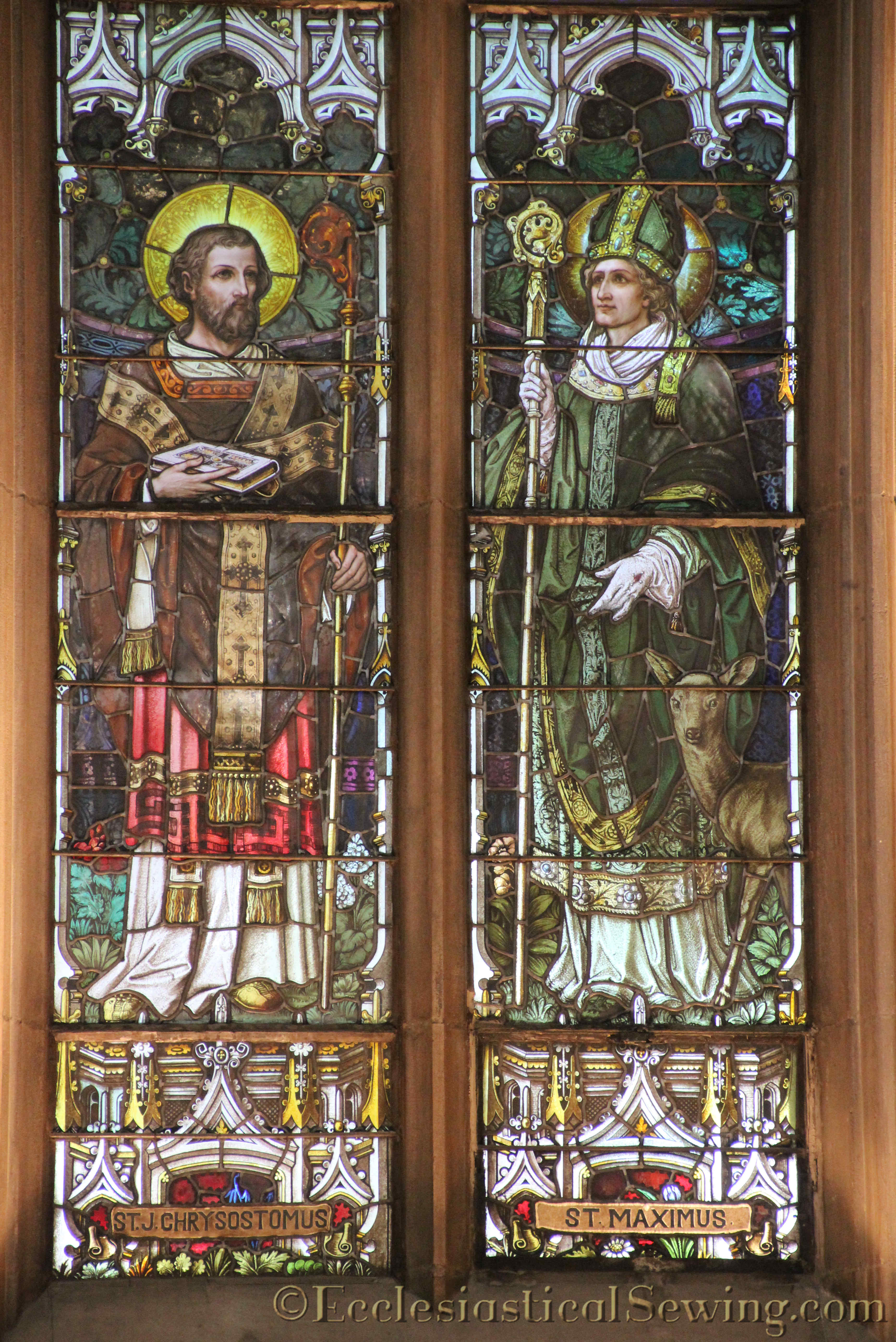 In October of 397, Chrysostom was secretly taken away from Antioch to Constantinople. The bishop of that city had recently died, and Chrysostom was the best choice as a successor due to his zeal for the Christian faith instead of political gain. Once installed, Chrysostom was tireless in his reform of the bishopric see. He cut expenses and refused to display all unnecessary pomp and show. He even dispensed with entertaining, a custom that was considered indispensable to appeasing the wealthy social circles. While cleaning the literal accounts of his new home, he took the time to reform the clergy. Many clergy had grown very used to the luxurious life. Chrysostom refused to indulge their rather spoilt appetites.

Furthermore, Chrysostom sent out missionaries during his time in Constantinople. He was very focused on spreading the Christian religion abroad as well at home. He established hospitals and took great lengths to ensure the poor were provided for. His sermons were gold mines of theological instruction. The early education in rhetoric served as an important tool for expounding and delivering the Word and Holy Message of the Biblical teachings. Many of his sermons are available to us today! These are not the only legacy Chrysostom left us to enjoy. He was very influential in the creating of the liturgy. The order and the pieces of the liturgy–which many denominations share variations of–are influenced by him.

Chrysostom’s authority was doomed to fall. Power-grabbing, political schemers were set on pulling him down. Chrysostom’s good works and just ways embroiled him in a scuffle with the Bishop of Alexandria. Then somehow he managed to turn first the head of the Emperor in the East’s household, a freed slave named Epiphanios, and then the Empress herself into enemies. All these worldly people brought about his exile. And during exile, he was summoned to travel. The journey proved too much for his delicate state of health. He died in 407 A.D.

There is still an active, scholarly investigation into the life and works of this influential saint. Please think of him, today, and every day, as you go about your Christian lives. Also creation of a church banner, using lovely liturgical fabrics, such as the one featured in Miss Mackrille’s Book is an excellent way to remind and teach parishioners  about the rich heritage we enjoy today, thanks to those we lovingly refer to as church fathers. For a wonderfully detailed account of his life, please read the biography Golden Mouth: The Story of John Chrysostom by J. N. D. Kelly. Thank you for reading and happy 13th of September!