June 24 Celebrates the Nativity of John the Baptist June 25th marks the celebration of the Nativity of John the Baptist. Christ said, “I tell you, among those born of women none is greater than John. Yet the one who is least in the kingdom of God is greater than he.” Luke 7:28 ESV

The Gospel of Luke contains a detailed account of John’s birth, first from Angel’s announcement to his father, then to Mary visiting Elizabeth and John jumps in his mother’s womb, and finally the account of his birth as he received his name. John spends his life in the wilderness, preparing a way for the coming Savior.

John carries a long staff-cross with a white banner. The words Agnus Dei can be seen on the white cloth as it waves in the breeze. This is a traditional sybmol of John the Baptist. 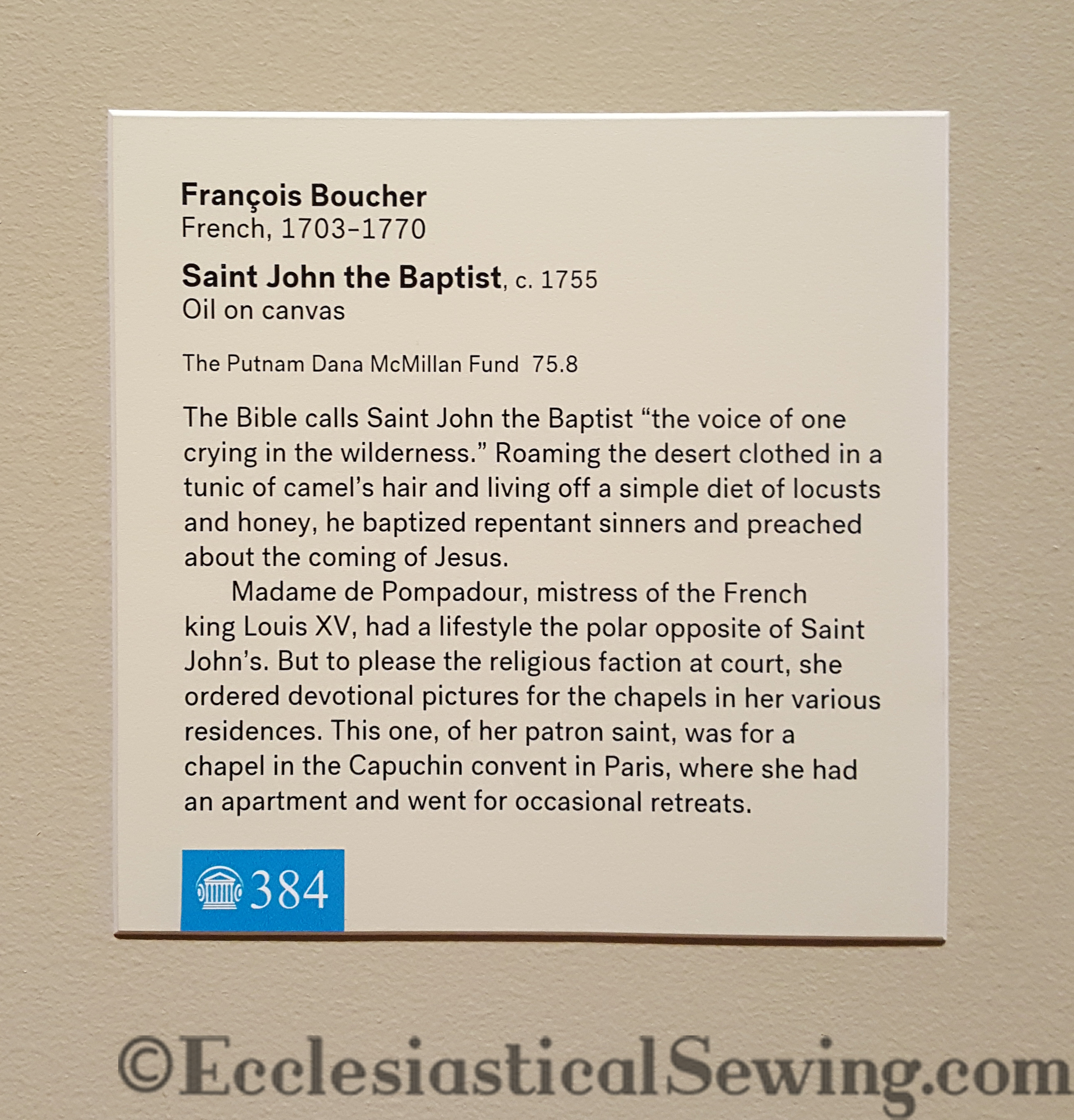 The painting of Saint John the Baptist by Francois Boucher is part of the Collection at the Minneapolis Institute of Art. John the Baptist has several other symbols that depict him. These include a scroll with the words “Ecce Agnus Dei.” Another symbol is a shield with a nimbed lamb standing on a book. The lamb bears a Banner of Victory. Saint John points to Christ, the Lamb of God. A shield that shows a camel hair tunic is another less familiar symbol of Saint John the Baptist. A locust and a leather girdle show yet another symbol of the Saint. A gruesome image is that of a head on a silver platter. 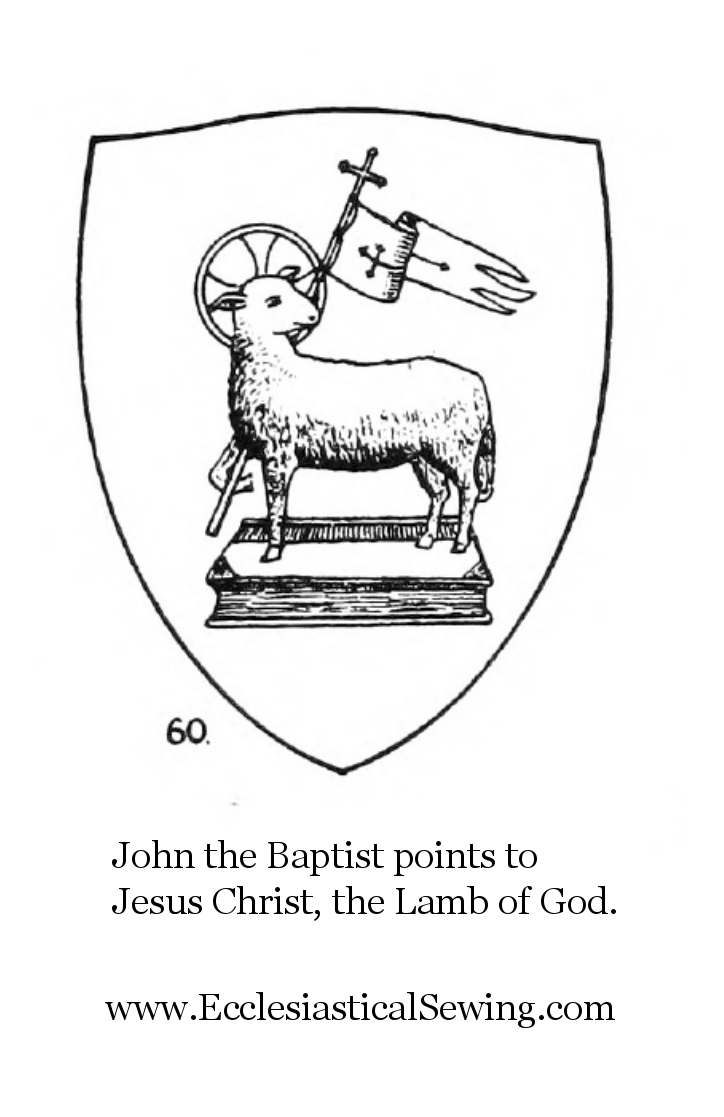 The Agnus Dei, when standing on a Bible as this one is, depicts John the Baptist. Details to look for include a Lamb with a nimbus. The lamb is standing on a book and bears a Banner of Victory. This lamb points to Christ, the Lamb of God. The details are important to that the symbol does bot become confussed with the Agnus Dei symbol.

John the Baptist is often viewed as one of the most important persons in the Bible because of the role he played in preparing for the coming Savior. And so we remember him today as we mark the celebration of the Nativity of John the Baptist.