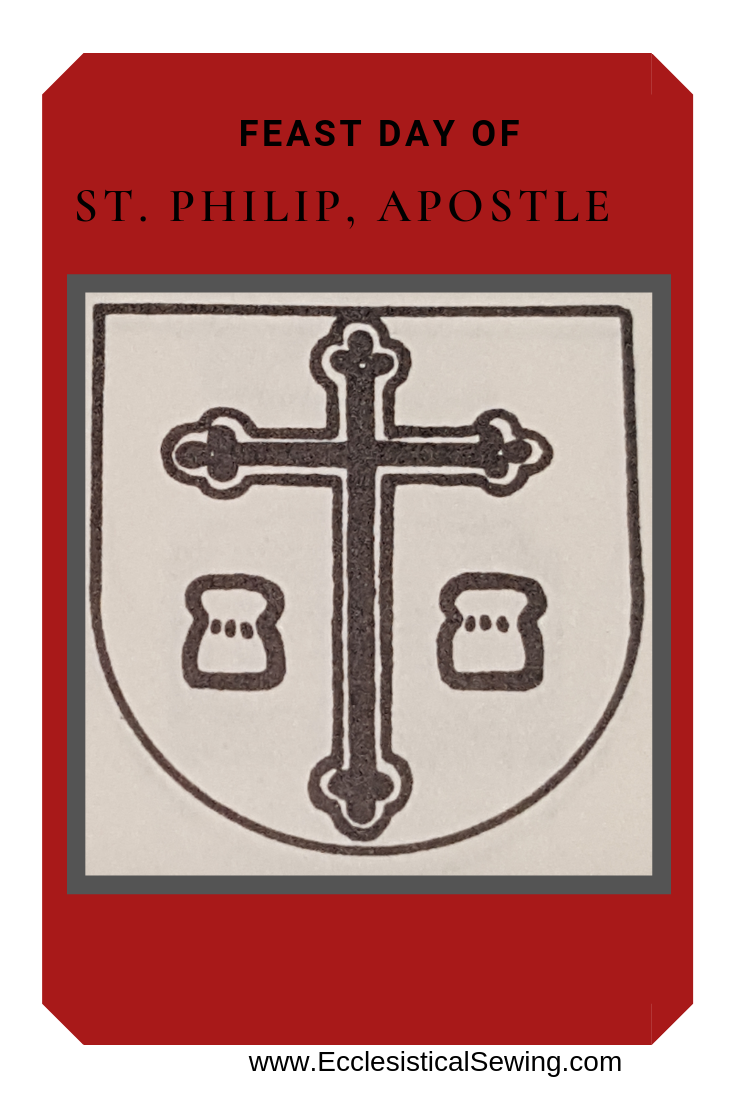 Philip was from Bethsaida on the Sea of Galilee. Christ met him while he was at Bethany which is beyond the Jordan River where John the Baptist was preaching. Jesus called Philip to be a disciple. Philip went with Christ when he was called. Later, he was responsible for bringing Nathanael to join the company following Christ. Philip was among the apostles in the upper room following the Resurrection. And this is about the extent that we hear of him. Each apostle has a symbol, or often, several symbols that represent them in Christian art.

Scripture tells us in John 6:7

Philip answered him, “It would take more than half a year’s wages to buy enough bread for each one to have a bite!”

St. Philip’s symbol is often represented with a basket in hand as he helped with the feeding of the multitude. A variation of this symbol would be two loaves and a cross or a Tau Cross and a book, or crucified upside down. 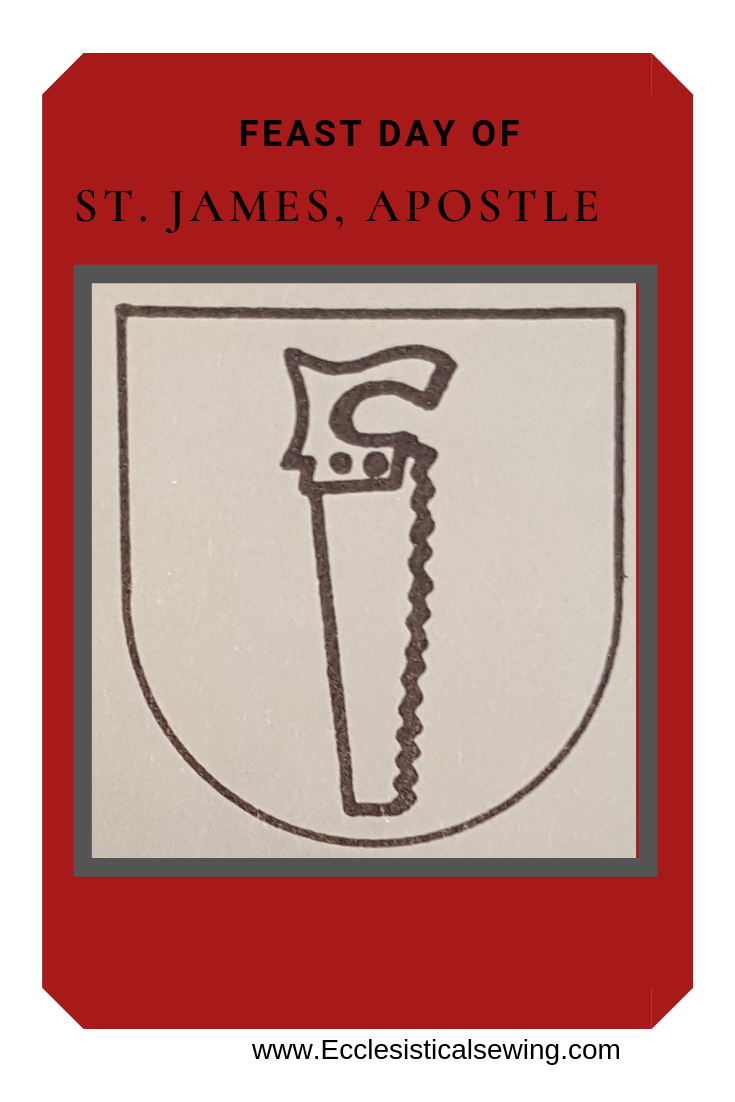 St. James’ festival is on the same date as St. Philip. We don’t know much about St. James beyond his name. According to tradition, his body was sawn in half after his martyrdom.  That is why a saw is used as his symbol.

The Apostles played an important role as they went out and spread the Good News. That is why at Ecclesiastical Sewing we have created a new collection of Church Vestments that we call: 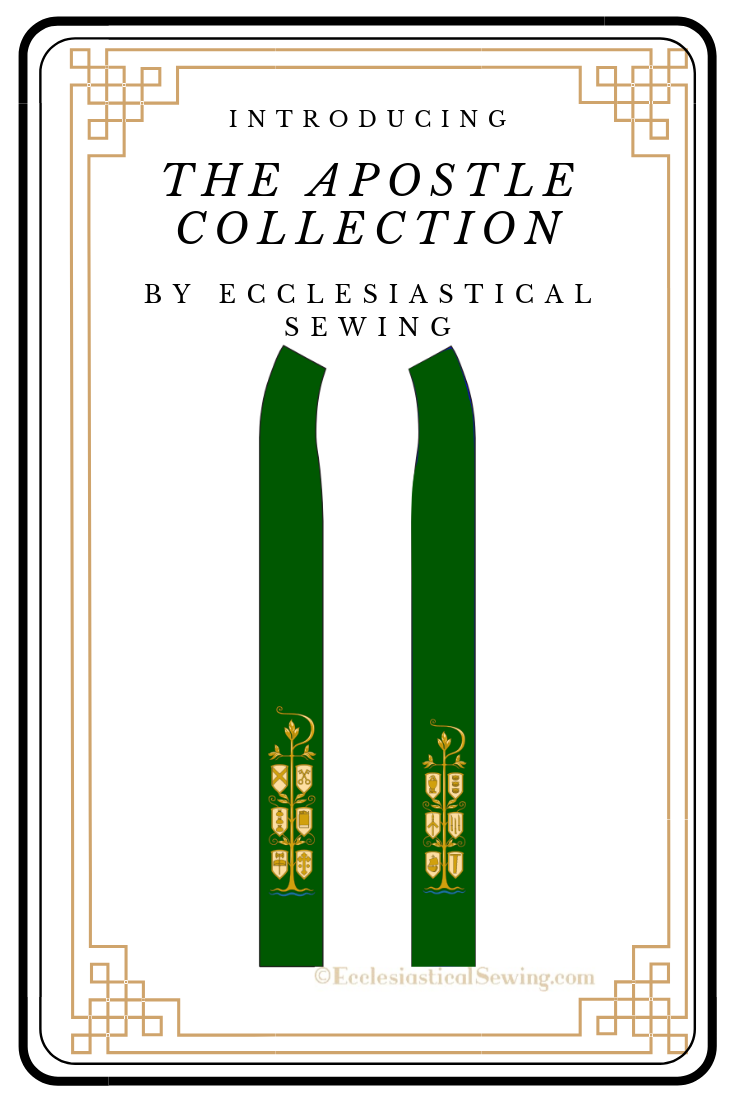 The Apostle Collection is available now for orders to be delivered over the summer months. This is an important collection, as many of our collections use beautiful and meaningful symbols to teach our faith. This collection may be created on green vestments and paraments or even red or white vestments as so many of the Apostles were also martyrs.

Please contact us at Ecclesiastical Sewing to learn more about this beautiful new line of church vestments.

And let us not forget to give thanks for those Apostles and Saints who have gone before us and made ready the way that we too may know about Our Saviour.