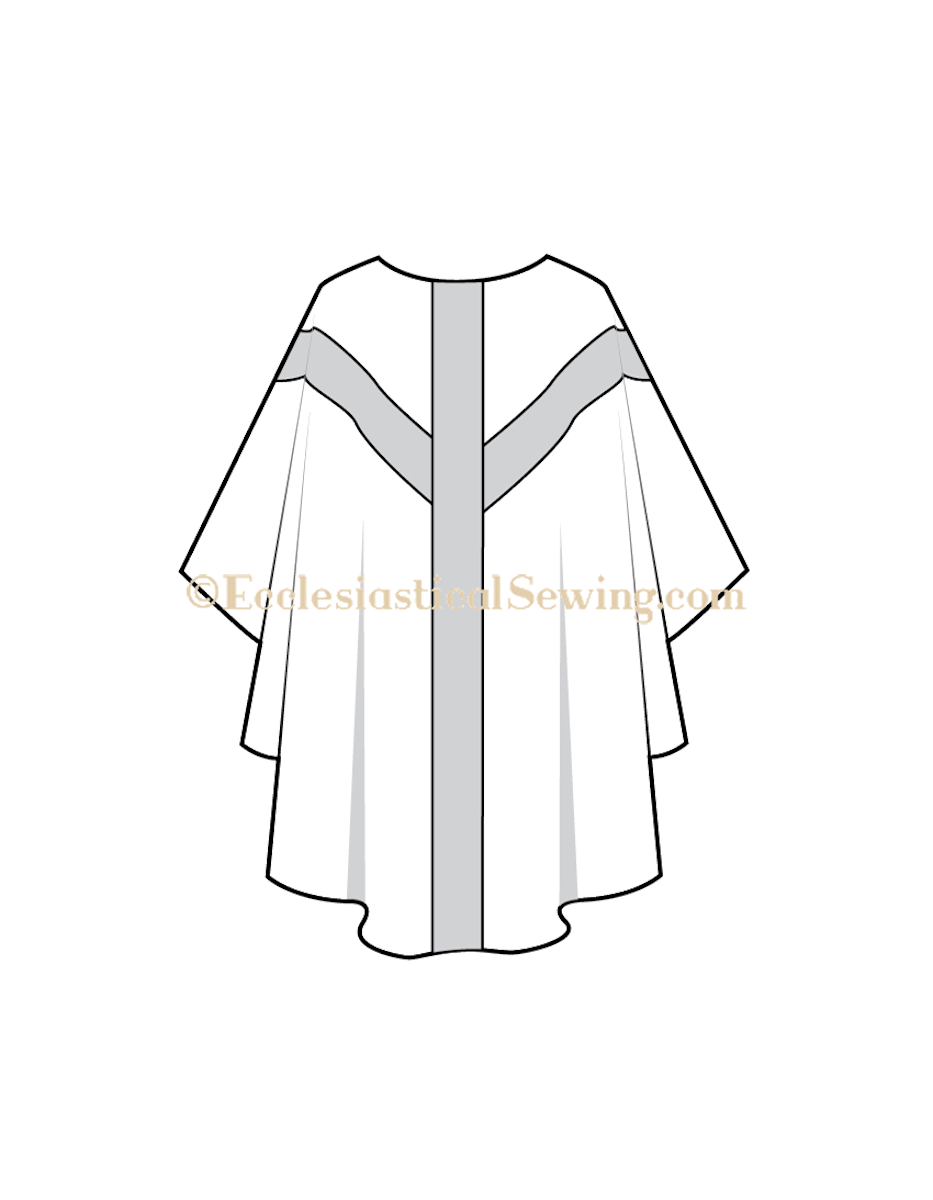 The Chasuble dates back in time to the days of the Romans. Over the centuries, it has changed shape and form countless times. The early forms of the chasuble were conical in shape while more recent styles include the Fiddle back in its countless variations. Just as clothing has subtle style differences, so too does the chasuble. And, different priests and pastors have different taste and style preferences with the church vestments they wear. And that makes for a simple answer. Sometimes simple is best.

At Ecclesiastical Sewing, we are pleased to offer an ever-growing line of Church Vestment Patterns. The above illustration is our traditional Gothic Chasuble with Y orphrey bands. The Chasuble pattern is graceful and falls in nice folds. The shoulder seamlines are slightly slanted, but not so much as to have the shoulder seams catch on wearer’s shoulders. The hemline falls at a nice angle to the center without being too long coming off the sleeves. This is a very traditional style of the chasuble. 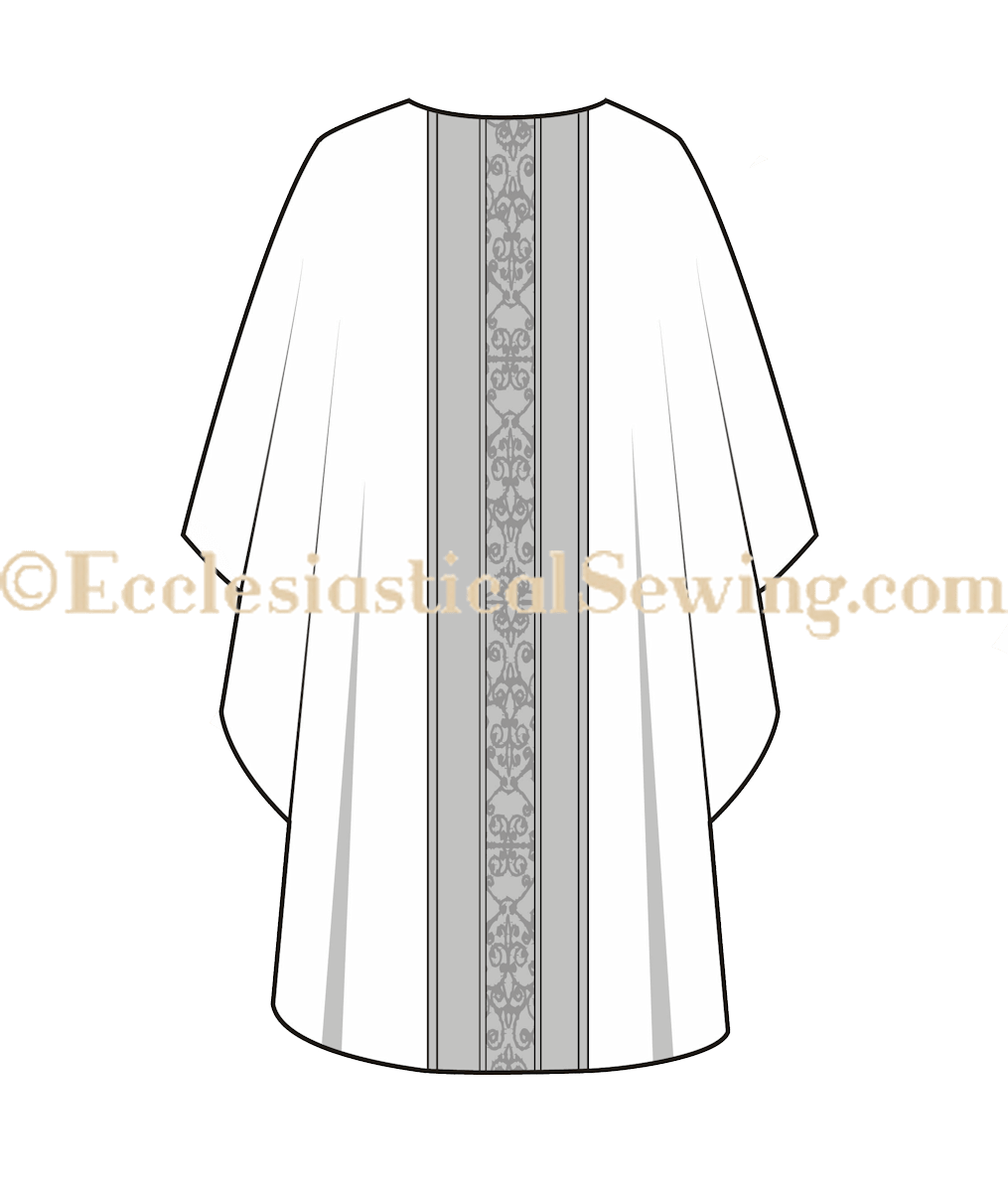 The Gothic Chasuble with the column orphrey band has shoulder seams that are different from the Y orphrey chasuble. They are considered “uneven” shoulder seams with the back seam being at a slightly different angle than the front. This allows for additional drape in the chasuble back and as the sleeves and hems hang, there is more fullness along the sides.  The Gothic Chasuble with the Column Orphrey is also a longer chasuble with a 52 to 54-inch finished length. The width of this chasuble is around 54 to 56-inches, so it easily cuts on the fold of a 56 to 60-inch wide fabric.

The Gothic Chasuble Pattern with Column Orphrey is easy to make with a front and back pattern piece and neckline facing pieces. It can be made with or without the column orphrey band. The chasuble can also be made as a lined or unlined chasuble.  The pattern works equally well with Silk Dupioni or Liturgical brocade fabrics as can be seen in the above photo.

So, you may be wondering which Gothic Chasuble pattern to select. My advice is to select the pattern with the orphrey bands that you prefer – either the column orphrey or Y orphrey bands and stick with that pattern. Over time, if you feel adventurous, then branch out and try another chasuble pattern style.

The Gothic Chasuble pattern with Column Orphrey Bands comes with basic sewing instructions intended for an experienced seamstress. More complete instructions will be available at a future date.

At Ecclesiastical Sewing, we are trying to recover and restore the lost art of vestment making by providing a wide range of chasuble patterns and styles to suit the needs of different church bodies.

Please visit our website at www.ecclesiasticalsewing.com to see our complete line of church vestment patterns, liturgical brocade fabrics, embroidery designs and appliques, altar linens and church vestments. You may also contact us through the online webpage to inquire about custom orders or vestments.