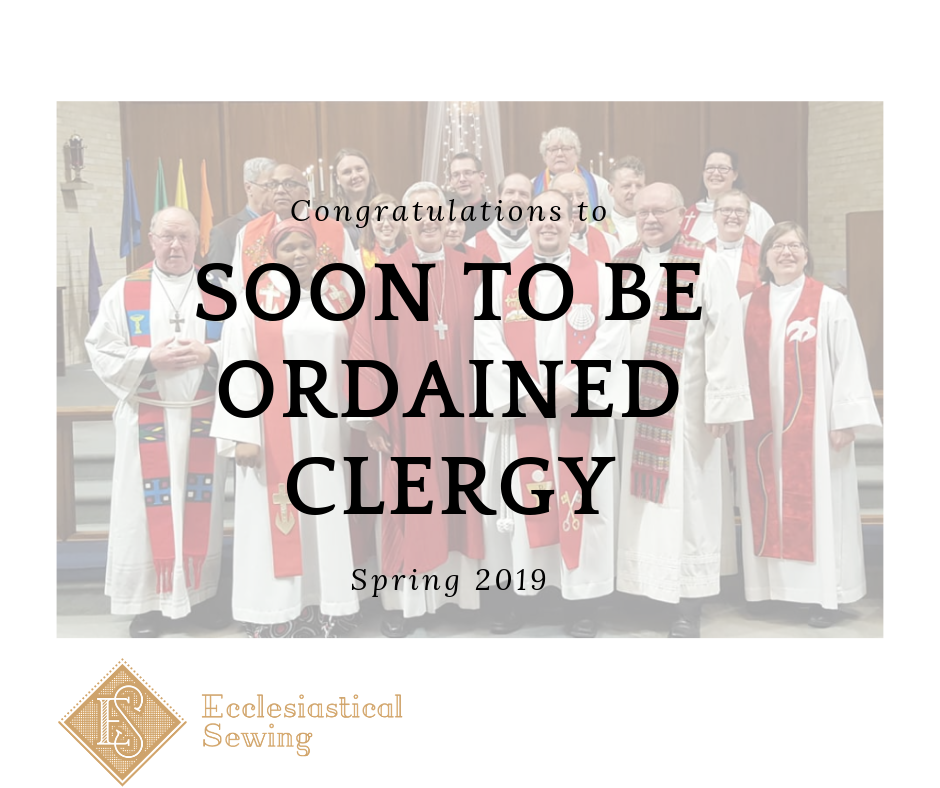 Graduation season will soon be upon us. As seminarians prepare for their upcoming ordination celebrations, we hope you will keep them in your prayers.

Some pastors are gifted a red stole by family members or friends. Others may decide to purchase a stole on their own. The stole may be ready-made or custom ordered.

We receive custom requests for stoles regularly. A few months back, Ecclesiastical Sewing received a custom request from a soon to be ordained pastor. The seminarian had spent a great deal of time thinking about and planning the stole and symbols that he wanted.  As we discussed his project, he also explained his ideas for the placement of the symbols. The symbols of Holy Communion and Baptism were very important and those needed to be on the stole. Another important symbol was the Keys for the Office of the Keys. And there was a special request that the front key be gold and the back key be silver! We also discussed the variety of stole styles and sizes and picked one that he felt would suit him well.

As we worked through the project, we discussed options of colors, trims, and fabrics. Since this stole was to be a gift, we came up with a few design and price points options.  All of the options would be wonderful for the finished stole. The final decision would be made by the person gifting the stole to him. 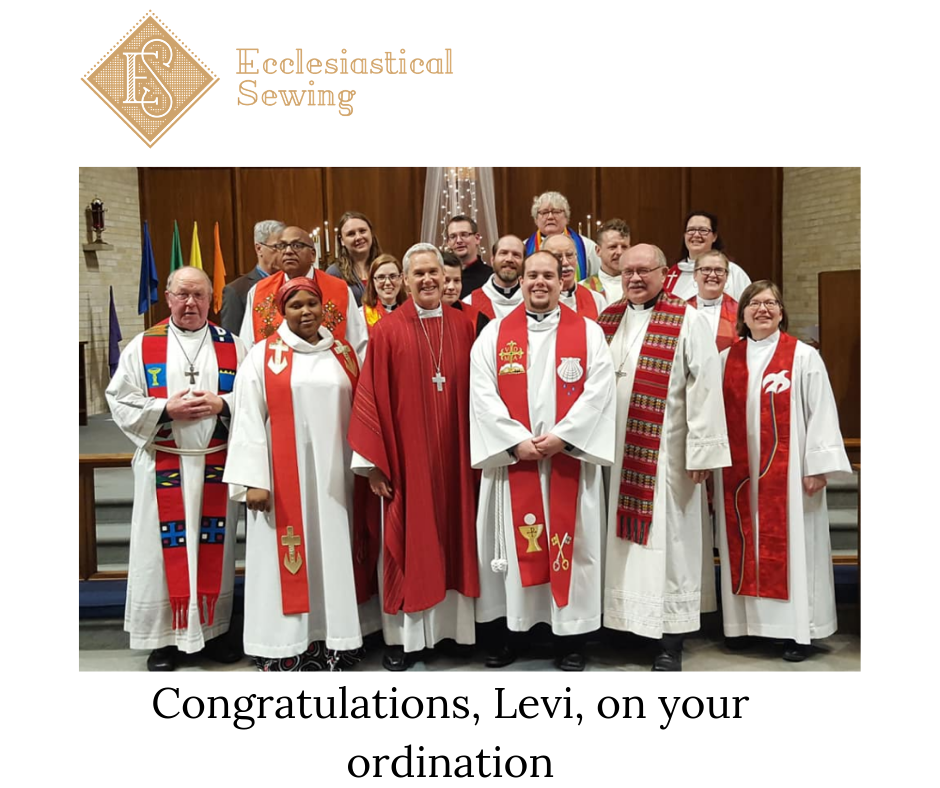 The finished stole was presented as a gift to Levi on the day of his ordination and installation. While he had designed several stoles, he did not know which one had been selected until his special day. We received such a nice thank you email and a photo of his special day and knew he loved his gifted stole. 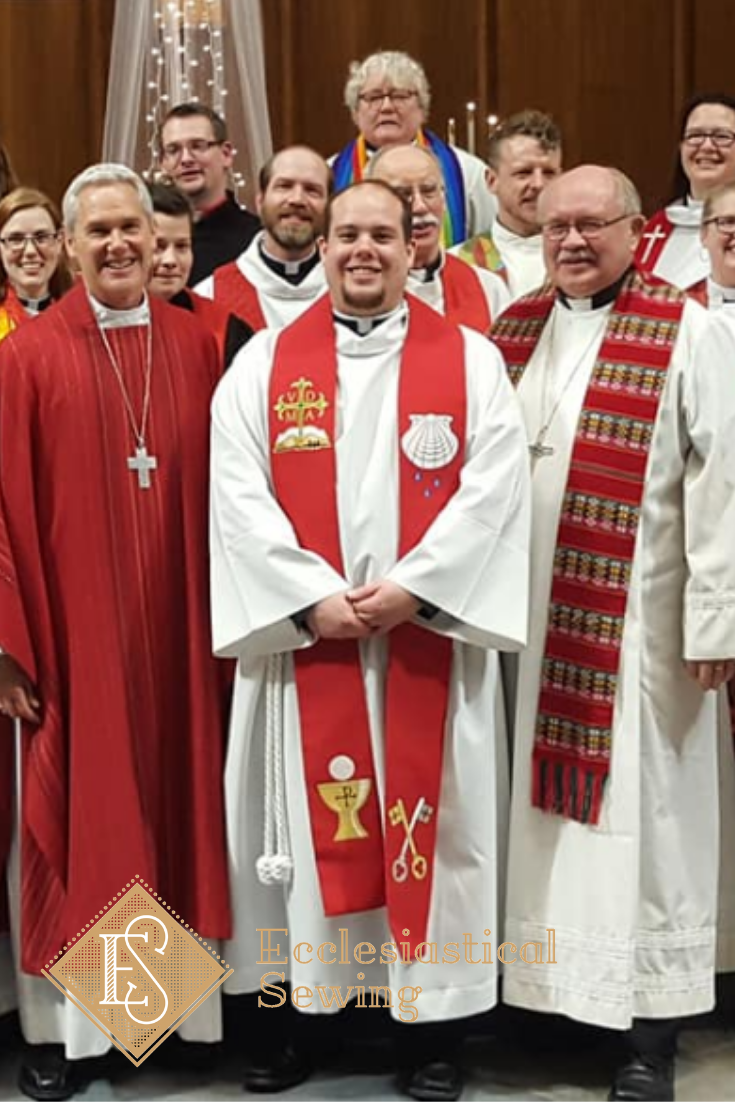 Ecclesiastical Sewing would like to congratulate Levi on his ordination to the Holy Ministry. Levi was ordained in January at Mount of Olives Lutheran Church in Rock Springs, WY. Thanks be to God!

Please keep Levi, and all of the soon to be ordained pastors in your prayers as they begin their vocations as Called and Ordained servants of the Word.