Blue or Purple: An Advent Debate

A happy first day of Advent and start of the new church year to you!

For those of you in the Midwest, we hope you are enjoying the snow. We had quite the accumulation in Minnesota!

As we enter the season of Advent this year, our altar guilds and church deacons will be changing the paraments that we use. Likewise, the priest or pastor will change his or her vestments from the typical green. But what color should we use during Advent? In recent years, a debate has been raging among churches of different denominations and traditions. Namely, is the proper color for Advent purple or blue? Why is one color considered better than the other to various groups? How can we decide which to use for our church? 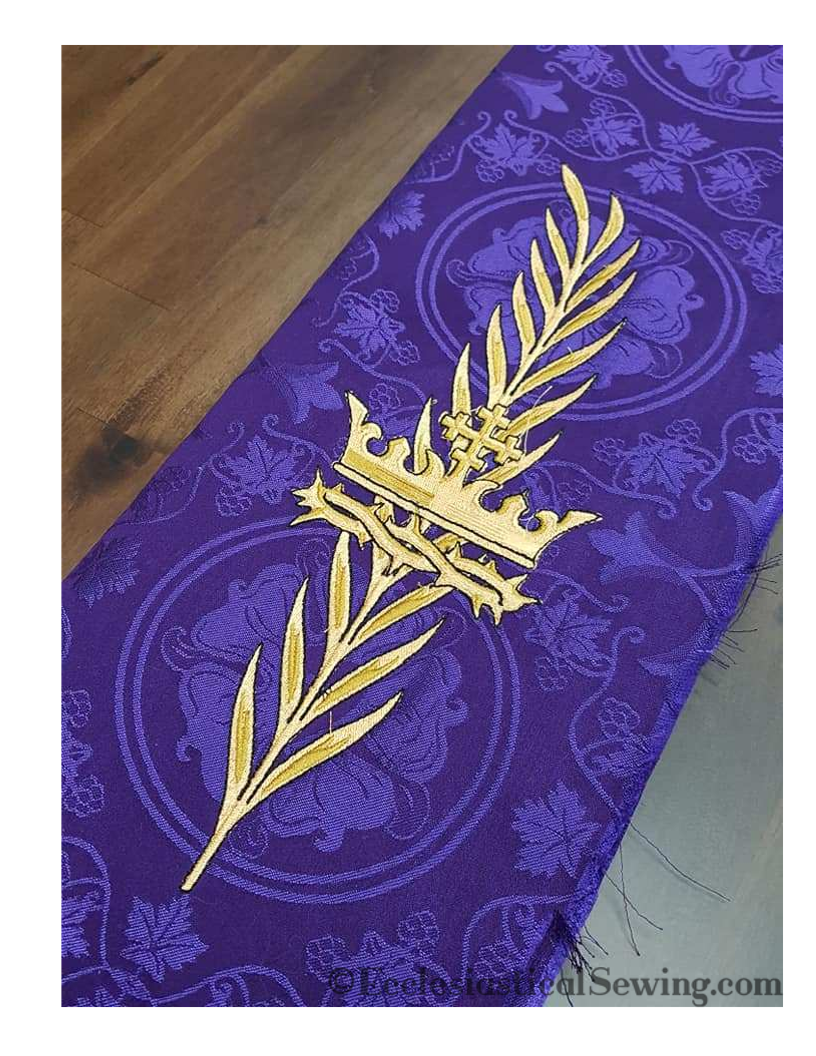 While most of us are used to seeing purple in Lent, the choice of liturgical color during Advent is much less clear. One reason for this is the symbolism behind the use of purple. During Lent, purple is almost universally considered the color of repentance, and for the same reason, Catholic priests wear purple stoles when taking confessions. Yet somehow, due to the less penitential flavor of Advent, purple isn’t always the color of choice. Although, Advent is traditionally a penitential season–just not usually as strong as Lent.

Enter the blue vestments. Primarily popular in Scandinavia and the British Isles (“Sarum blue”), this color is often favored due to its resemblance to the night sky just before dawn. There are many references to the night sky when we read about Christmas: angels appearing to the shepherds, a star guiding the Wise Men, and even the nighttime flight of Mary and Joseph, carrying the baby Jesus, to Egypt. Like the nighttime appearances of good news, this time just before dawn signals hope and a new beginning. Those who favor blue as their Advent color ask themselves whether we should really be thinking about this season as penitential or an expectation of the hope and joy of Christmas; the beginning of a new year in the life of the Church. Scholars also point out that blue dye was cheaper for centuries, and more readily available in northern climates. Blue is also the color of Mary, who bore the Savior of the world. Of course, Advent is partially about her, and from this standpoint blue can also be considered a proper color. 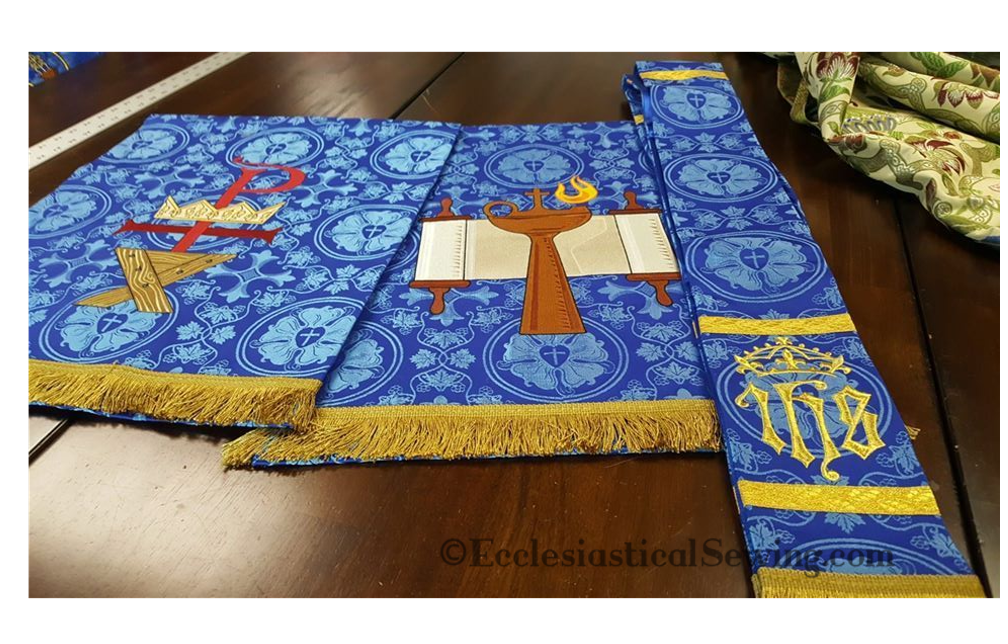 Advocates of purple vestments in Advent have a different take on the issue. Certainly purple is a penitential color, but it also has other meanings as well. For example, purple in the ancient world was the most expensive color available. It came from snails caught in the Mediterranean, and often the only people who could afford it were royalty. Since Jesus is the King of Kings, the proponents of a purple Advent feel that this is the best symbolism. Another argument for the use of purple is tradition: According to the Catholic rubrics, this is the proper color to use. Blue may evoke the transition between darkness and light, but it isn’t traditional. Purple is the historically dominant choice, with blue having only been used in southern Europe during the Moorish occupation of Spain. Even then, it was only used occasionally.

Lastly, it is worth mentioning that in the Catholic and Anglican/Episcopal tradition, pink or rose vestments are sometimes used on the third Sunday in Advent. This week is known as Gaudete Sunday, or the Sunday of “rejoicing.” Jesus is almost here, so let us rejoice. 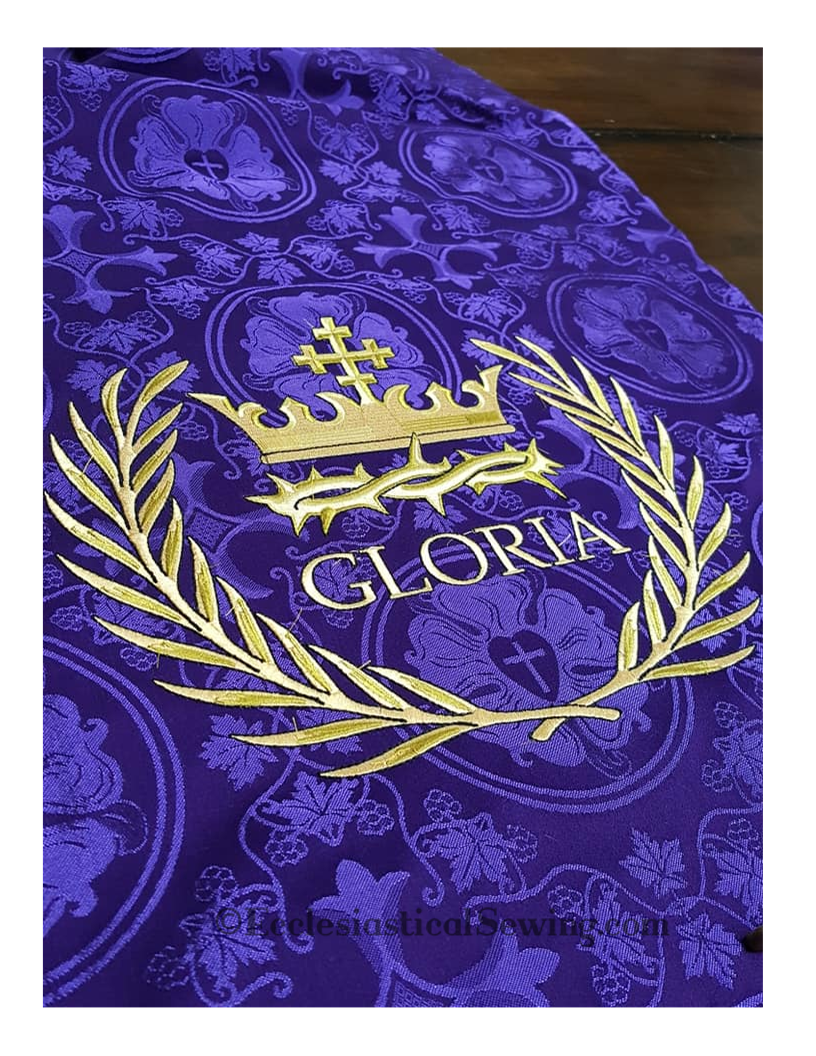 So, what should we consider “proper”? It depends on your denomination. Some, such as the Lutherans, allow the use of both colors. In this case, the choice is mostly with the congregation, and heavily influenced by the ethnic mix. Anglicans and Methodists also use whichever color they prefer. Remember, like the Scandinavian Lutherans, the Anglicans come from a northern climate where purple dye was once more scarce. Churches should choose based on their own traditions, and how they see Advent: the coming of our King, or the dawn of hope. For Catholics, purple is the only Canonically sanctioned choice.