Especially for those in the Lutheran tradition, Katharina Von Bora Luther is often thought of as a hero of the Reformation. Most people know that Katharina was the wife of Luther, but who was she? Where did she come from? What, exactly, was her contribution to the Reformation? 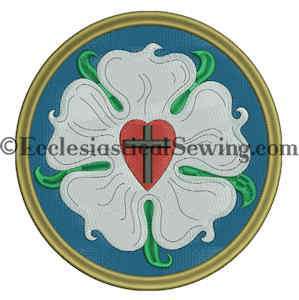 Katharina is believed to have been born in 1499, the daughter of a poor German nobleman and his wife. Like so many men, her father was left to raise his daughter when her mother died young. In order to better care for her, Mr. Von Bora took his daughter Katharina to a convent in 1504, where she would be educated.

As she approached adolescence, Katharina was moved to the Cistercian convent in Nimbschen. There, at the age of 16, she became a nun. Eventually, Luther’s doctrine of justification by grace penetrated the walls of Katharina’s convent. Before long, she and a number of other nuns were convinced of Luther’s teachings, and wanted to leave. Eventually, these nuns escaped, with the help of Luther and one of his sympathizers, in 1523.

After all her former fellow nuns had been placed in new homes, jobs, or marriages, Katharina was the last one left. After Luther had tried several options, Katharina had a plan: marry Luther! She was the one who suggested it, and after thinking about it a while, Martin agreed. As he saw it, this was a chance not only to provide for Katie, as he called her, but also to make a statement about clerical celibacy. Their marriage would be very happy, and Luther’s writings are full of expressions of affection for his wife.

During her marriage, Katie gave her husband six children of their own. The couple also took in several foster children, and took care of them until adulthood. Later on, they would take in Katharina’s sister, along with her children. Luckily, they had plenty of space, because the Luther’s lived in an old Augustinian monastery. There were plenty of rooms in the former cloister, which Katie had renovated, and lots of surrounding land.

Katharina also ran the business affairs of the household, applying what she learned as a nun. Since there was a brewery on site, Katie made and sold beer. She also had people paying to stay in one of the extra rooms, and managed the farm. You might say that she kept the money coming in, while her husband had the time for teaching, writing, and mentoring. As a result of her careful management of the house, Martin Luther trusted her with everything.

Does she sound familiar? Proverbs 31 describes a beautiful woman of virtue that a man should seek after for a wife. Compare this list with Katie’s life. I would propose that Katie Luther is a great role model and case study for that Bible passage!

Katharina Luther was, in many ways, as much a reformer as her husband. By having the courage to escape the cloister, she demonstrated to women that it is OK to take on the status quo. She showed that women can be excellent managers of money, through her carefully taking care of the family land. But perhaps more importantly, the Luther partnership set the precedent for clerical marriage, which became standard.

Katharina also became the model of a good pastor’s wife. She was strong, and dedicated to supporting her husband’s work. Practicing hospitality was an important part of her life’s work with Luther, and at the same time she ensured that the family didn’t become destitute. Instead, the Luther home became a refuge for those who needed it, and a place of learning. Lastly, through the writings of Martin we have a great window into what would become the standard for a Protestant marriage: a relationship of deep affection and mutual respect. And, when he died Luther did what he could to provide for her. After all, without his wife Luther wouldn’t have accomplished nearly as much.

Although different Protestant Denominations have differing view on “Saint Days,” I would like to add one final note here: December 20th is the Saint Day for Katie Luther. And I would propose that you consider this lady and her life today. Thank you for reading along!