As we all prepare for the hustle and bustle of Advent, it is good to take a look at why this is important. In particular, how has the church historically celebrated the coming of Christ? His coming and later, death and resurrection, are central to our faith. From the very beginning, Christians have celebrated Advent with a number of antiphons that encapsulate the Old Testament prophecies fulfilled in the Incarnation. 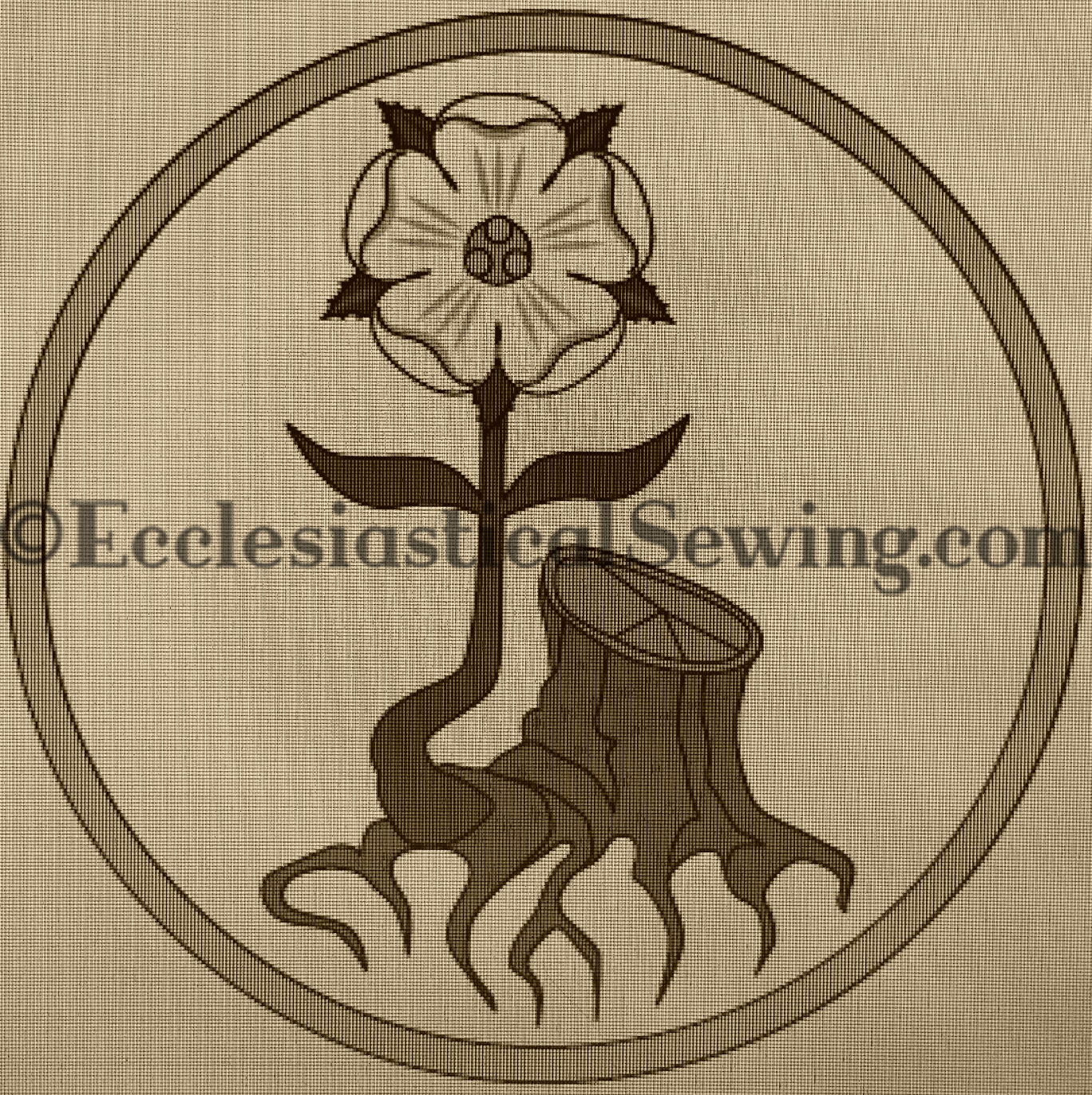 “O Radix Jesse,” translated in English as “O Root of Jesse,” celebrates the royal descent of Jesus through His mother Mary. Here is a contemporary translation of the text from the Roman Missal:

O Flower of Jesse’s Stem, You have been raised up as a sign for all peoples; Kings stand silent in your presence; the nations bow down in worship before you. Come, let nothing keep you from coming to our aid.

So, how does this celebrate the royal lineage of Jesus? We can see this more clearly when we consider the text this antiphon is drawn from: Isaiah 11:1-12. It is one of the most famous Old Testament passages: “And there shall come forth a rod out of the stem of Jesse, and a branch shall grow out of his roots…” Many people know the passage as describing the “peaceable kingdom,” because this chapter also speaks of the lion and the lamb getting along.

Jesse is the father of King David. During his lifetime, David was promised that the Messiah would come from his lineage. That’s the biggest reason why the Gospel of Luke, in chapter 3, describes Jesus’ lineage through Mary. St. Luke is showing us that Jesus is genealogically qualified to be the Messiah.

Secondly, the antiphon anticipates what Jesus is here to do: save us from our sins. He is the one who “comes to our aid” by gathering the nations under His banner of peace. Right now, Jesus is celebrated as a tiny little baby in a manger, or nestled in His mother’s arms. He hasn’t had time to accomplish what He came for yet, but instead has a lot of growing up to do. That’s why in Advent we sing this antiphon as one of hope, not one of triumph. Christ’s passion and triumph will come later, after the long penance of Lent. 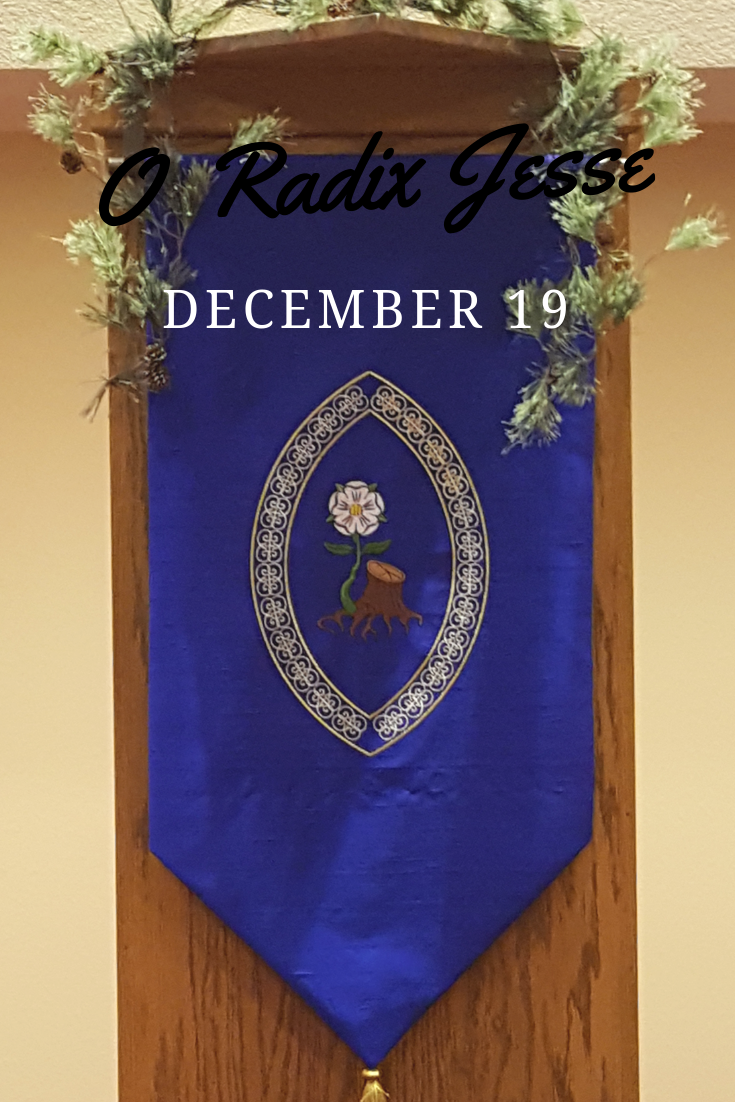 For centuries, the antiphon has inspired a lot of Christian art. In particular, we hear about the “Jesse tree.” This is a popular motif that has graced stained glass windows in Canterbury and Chartres cathedrals, among others. As a general rule, the more elaborate depictions include selected ancestors of Jesus. Depending on the size of the motif, Jesse trees almost always include the Virgin Mary and King David. After all, these two figures are the most important to the story.

In modern times, Jesse trees have become a family Advent tradition. Instead of just being for churches, families are often encouraged to use these as a way to teach children about who Jesus is. As we have said above, the lineage of David is theologically very important. Jesus was “of the house and lineage of David,” as Scripture says. By working on Jesse trees, we can think about what is to come: the suffering and death of Jesus on our behalf.

Even now, the “Root of Jesse” is represented in liturgical art. For example, the symbol of the branch can be rendered as embroidery for sacred objects. To make it more clear, craftsmen can even include more recognizable symbols of Christ alongside it.

This Advent season, remember to think about the importance of Jesus’ lineage as we celebrate His coming.