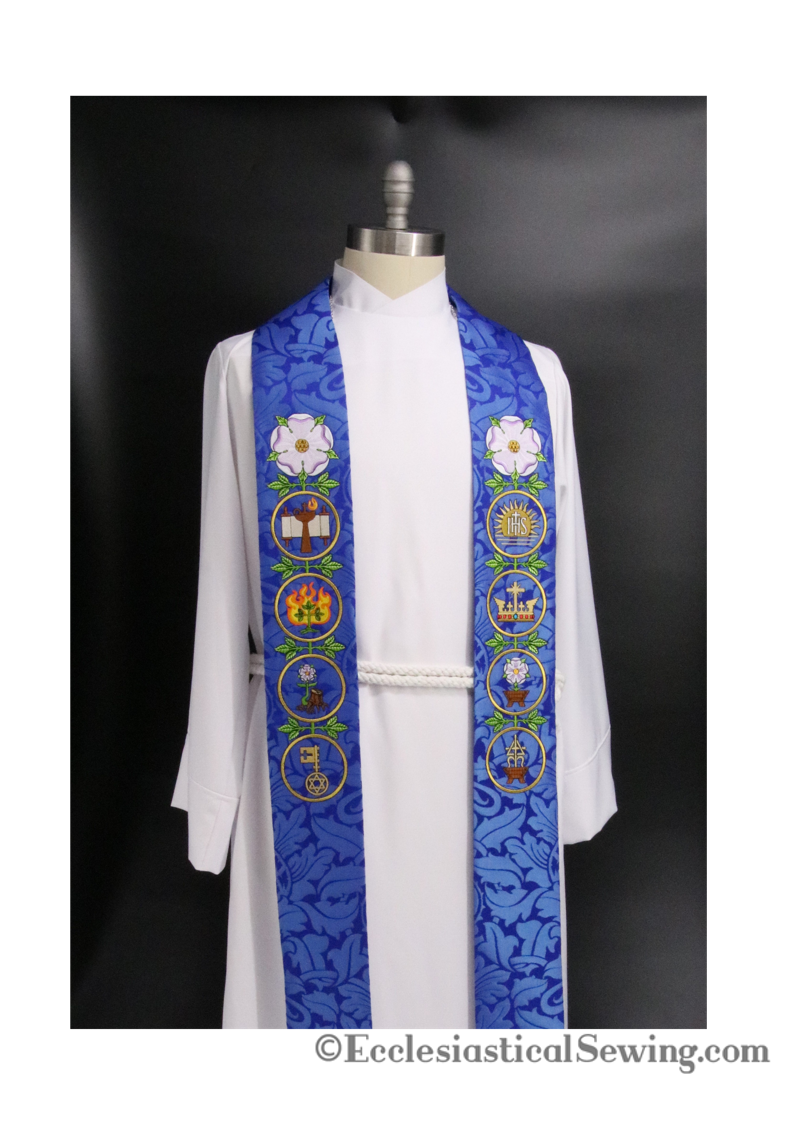 Christmas is near and Christmas carols are in the air! As we draw close to the week of Christmas, I am always reminded of one of the more beautiful Christmas songs, “O Come, O Come Emmanuel” which is not actually a carol but rather an advent hymn put together from a set of traditional prayers. Rejoice, rejoice, because in today’s post we are going to explore the history of this beautiful hymn as well as the origin of the prayers it is descended from, the O Antiphons.

The word “antiphon” is probably not in the vocabulary for those of us who aren’t all that familiar with liturgical chants but traditionally they were short chants of the Psalms often sung with a refrain. The meaning of antiphon actually has its roots in Greek origin as it literally means “before the sound.” More recently, they often appear in the church’s liturgy as a short prayer before the praying of a psalm and often appear before key stages of a service. In more recent church services, they are often replaced by hymns. In everyday life, we might recognize a looser type of antiphon or antiphony as a call and response type of singing that is often heard in a sea shanty or other work songs. Some of the most recognizable antiphony songs are “The Banana Boat Song (Day-O)” by Harry Belafonte and “What’d I say” by Ray Charles.

The O Antiphons are some of the greatest antiphons within the Christian tradition. The O Antiphons have been around since at least the eighth century where they were seen in use in the liturgical celebrations in Rome. While the exact origin of the O Antiphons is unknown, we do know that Boethius, a famous Roman senator, and philosopher, referred to them between approximately 480-524 AD. Also known as The Great O’s, The Great Antiphons were traditionally used in the last seven days of advent. They are referred to as the O Antiphons because quite simply because the title of each one begins with “O”. They are also known as Magnificat Antiphons (Magnificat is Latin for “My soul magnifies the Lord”) because they are recited preceding the Magnificat during Vespers of the Liturgy of the Hours. Vespers are a type of sunset evening prayer. They are recited starting December 17th through December 23rd which is known as the Octave before Christmas.

Each of the O Antiphons is based on Isaiah’s prophecies and refers to a different ancient title given to the Messiah.

December 17th – O Sapientia (O Wisdom) See Isaiah 11:2-3; 28:29. Some traditional symbols associated with this antiphon are the oil lamp, open book and a dove that represents the Holy Spirit.

December 19th – O Radix Jesse (O Root of Jesse) See Isaiah 1:1; 11:10. Some traditional symbols associated with this antiphon are a plant with a flower, a root with a flowering stem, a stump with roots with a flower growing.

December 21st – O Oriens (O Rising Sun) See Isaiah 9:1. Some traditional symbols associated with this antiphon are a sunrise and the sun.

December 22nd – O Rex Gentium (O King of the Nations) See Isaiah 9:5; 2:4. The most common tradition symbol associated with this antiphon is a crown and scepter.

December 23rd – O Emmanuel (God with us) See Isaiah 7:14. Some traditional symbols associated with this antiphon are a manger, a chalice, and a host and a crown with tablets. 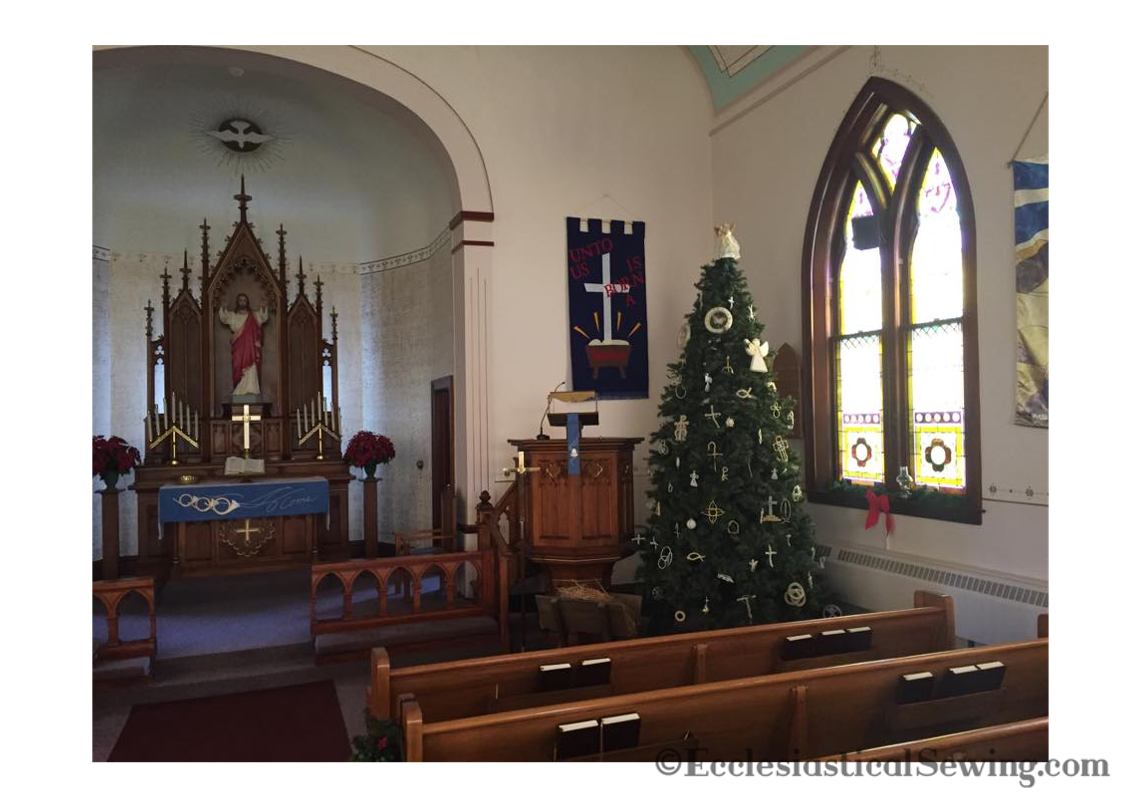 The most famous song or hymn to come forth from the O Antiphons is the Christmas hymn “O Come, O Come Emmanuel.” The words and the music for the song developed quite separately over time. While the words are often linked to the 12th century, the earliest evidence found for the text of the hymn is in the seventh edition of the Psalteriolum Cantionum Catholicarum, which was published in 1710 in Cologne. The hymn is very well known in the history of German church music as it was first put together by Johannes Heringsdorf, a Jesuit Hymnographer, in 1610. It received significant recognition because of its widespread use in Jesuit schools.

The text of the song has expanded over the years and has been altered so that the last of the O Antiphons have become the first verse of the hymn. Each stanza consists of a four-line verse that adapts one of the O Antiphons and is followed by the well-known two-line refrain “rejoice, Rejoice! Emmanuel Shall Come to Thee O Israel.” The tune that accompanies the song has its origin earlier in 15th-century France most likely as a processional funeral hymn for French Franciscan Nuns. While this might seem like an odd origin for the tune behind the song, it’s hard to imagine Heringsdorf’s hymn being sung to any other tune.

The combination of the hymn and the tune came together about 150 years after the birth of the hymn by Heringsdorf. The poem/hymn came to the attention of an Anglican priest who also happened to be a hymn writer by the name of John Mason Neale. As fate would have it, Neale was prevented from serving in a parish because of lung disease so he divided his life between the wardenship of Sackville College and social ministry. He founded a nursing order of Anglican nuns and he also helped several social welfare organizations devoted to caring for orphans and young women. As if that wasn’t enough, he also used his spare time to write translations of the great early medieval Greek and Latin hymns. “O Come, O Come Emmanuel” first appears in Neale’s hymnal collection “Medieval Hymns and Sequences” in 1851. In Neale’s day, hymnals were often published in very small sizes so as to be easy to carry in a pocket or bag. Usually, the tunes were omitted to help with size but occasionally editions with tunes were published. Neale’s version of the hymn appears with the now famous tune in an edition of “The Hymnal, Noted” in 1854. It only shows the melody for the first stanza and refrain but needless the popularity of the hymn only grew from there.

I hope this post has enlightened you with both knowledge and joy as we enter the last days before Christmas. Hopefully, as we enter the Octave before Christmas (Dec 17-23) you will think of the O Antiphons when you hear that wonderful hymn “O Come, O Come Emmanuel” and they will bring joy to you just as they have brought joy to those who have been reciting and singing them for centuries.