Symbols of Lent: Penitence to Hope

Just because we might have been raised Christian doesn’t mean that Lent has been an important part of our calendars. After all, the observance of Lent is something that, until recently, was mainly confined to the more “liturgical” traditions: Catholic, Orthodox, Anglican/Episcopal, and Lutheran. However, in recent years Lent has experienced a resurgence in many Protestant traditions. So, for those of us who want to teach our kids about Lent, or who are less familiar with them, what are the symbols of Lent?

Ashes are probably one of the more recognizable symbols of Lent. On Ash Wednesday, many Christians go to a special service at their church, and their foreheads are marked with ashes in the shape of a cross. Ashes are a symbol of penitence, but also of death. In the original Book of Common Prayer, the burial service uses a familiar phrase: “ashes to ashes, dust to dust.” This has crept into funeral services for other protestant denominations, as well. The idea of smearing our foreheads with ashes is to remind us that we will all die someday, and it is imperative that we repent of our sins in preparation for meeting our Maker. Also, it recalls how Adam was formed from dust, and after we die our bodies return to dust. 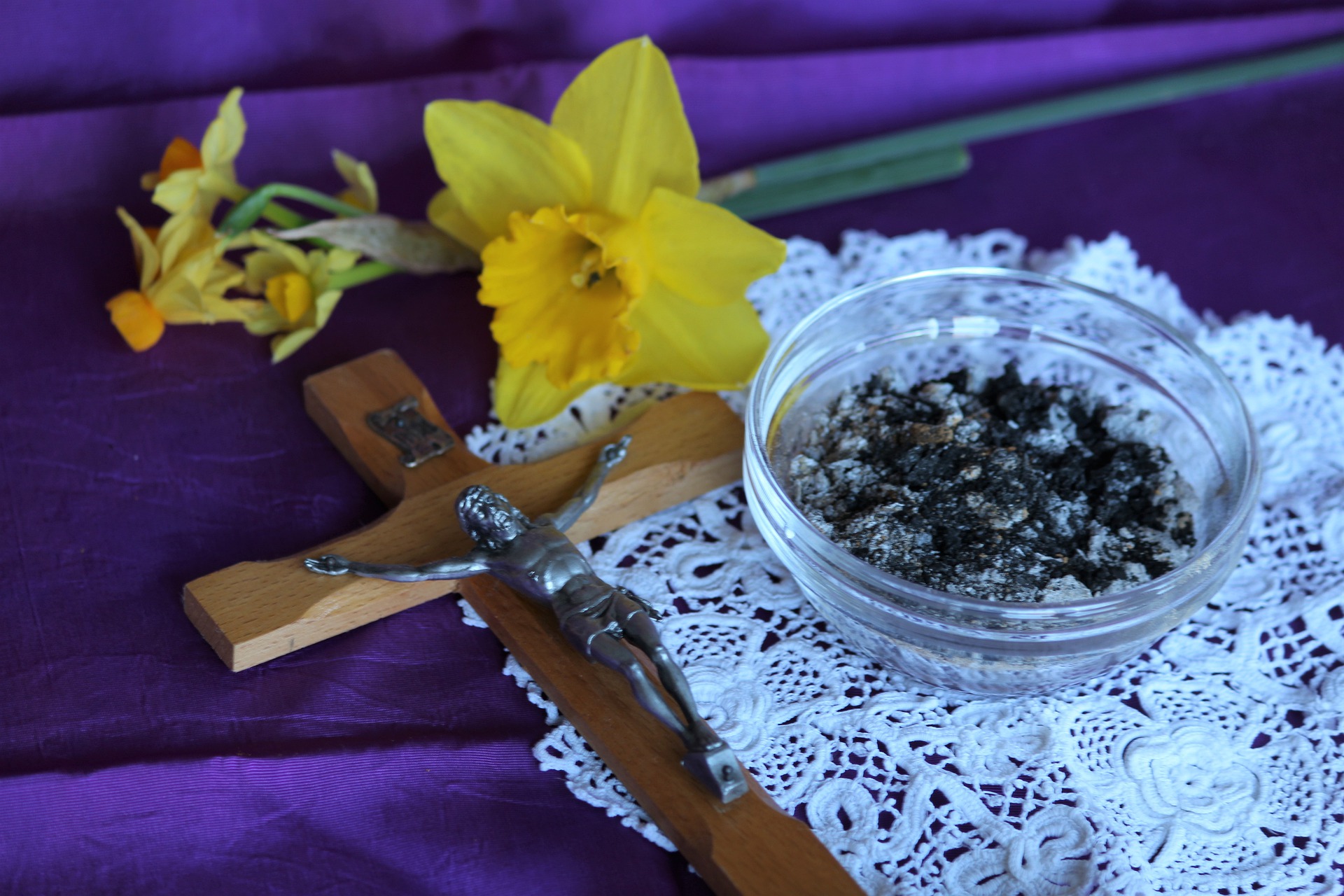 Churches that observe Lent to some degree will normally use purple vestments during this season. The reason is that historically purple has been associated with mourning and sorrow. How did it get this way? A large part of it is the fact that Jesus was mockingly clothed in Herod’s purple robe during His trial. Since He is the King of Kings, this was appropriate, but the use of purple here was on His way to the cross. Purple is also a sign of royalty, due to its rarity in past centuries. So, we remember the royalty of Jesus and His atoning work on the cross. Purple is used in churches any time a form of penitence is involved.

Nowadays, pretzels are a favorite snack for a lot of people. But did you know that they were originally a Lenten treat? Pretzels are made without any animal protein, fats or oils, so they are acceptable for Catholics to eat during what was once a strict Lenten diet. 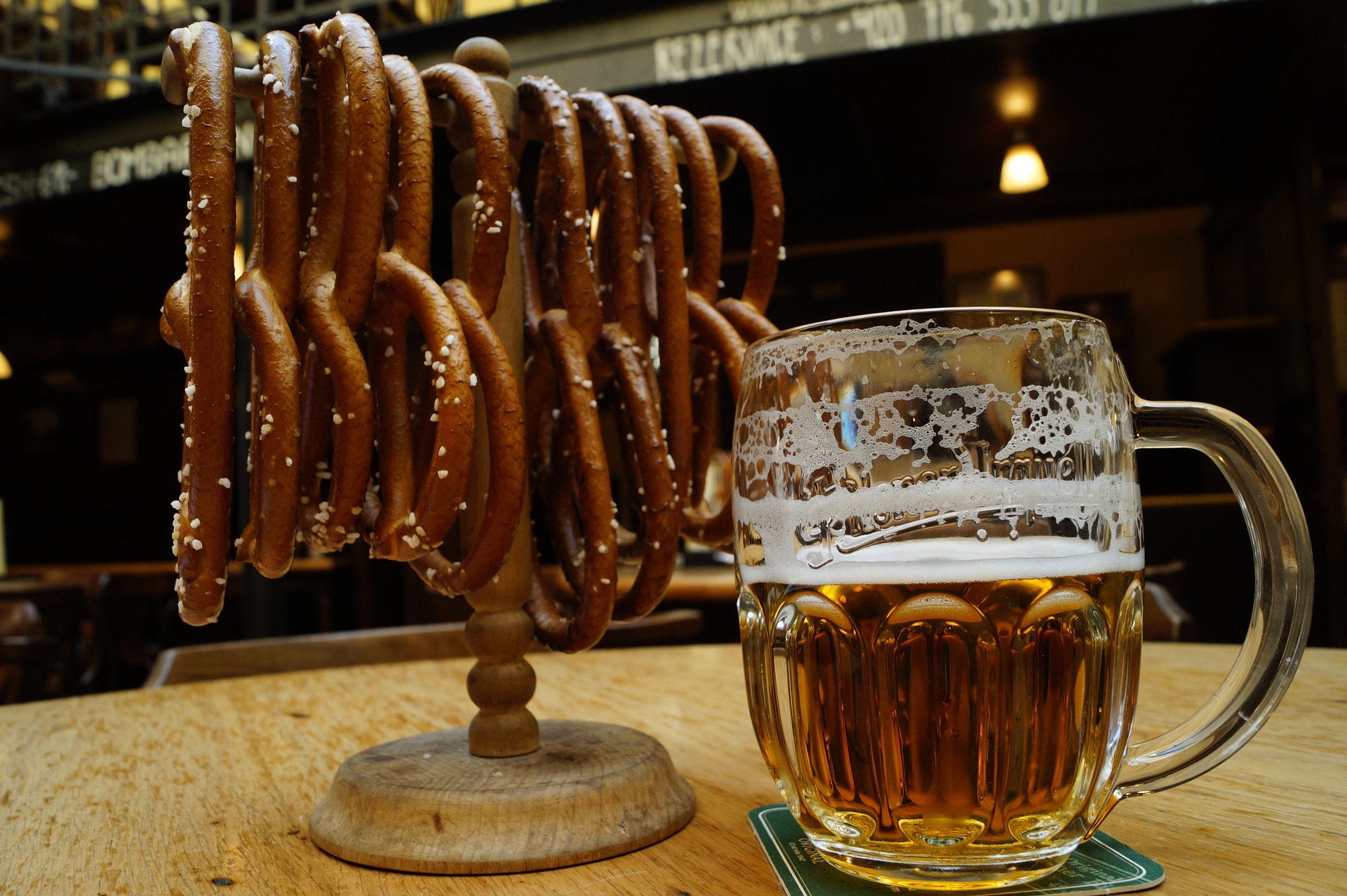 During those 40 days, people would make bread with flour, salt, and water. Although modern pretzels often have yeast, this wasn’t the case originally. Also, the unique shape of pretzels was originally thought of as two hands interlaced in prayer. Together, this makes pretzels a Lenten treat that fits the dietary restrictions while reminding us to pray.

Those of us who live near large Catholic populations know about fish on Friday, even if we aren’t Catholic ourselves. Originally, Catholics were forbidden to eat meat any time during Lent, and fish was consumed for protein instead. That’s one reason why fish is an important Lenten symbol, but there’s another one as well: Jesus told His disciples that they would be “fishers of men.” As believers, we get “caught” by the love of Jesus for us.

Another longstanding tradition during Lent is the giving of money to the poor. This has taken a number of forms over the centuries, but it’s both a way to care for the less fortunate in our community, and a type of penance. That’s because we’re giving up something of value to us for the sake of the Kingdom. Over time, the giving of money during Lent has also come to include doing works of mercy and service.

What other symbols do you commonly see during this time of year in your church or in churches you have visited?

Martin, Gary. “’Ashes to Ashes’ – the Meaning and Origin of This Phrase.” Phrasefinder. Accessed March 10, 2020. https://www.phrases.org.uk/meanings/ashes-to-ashes.html.

“What Are the Symbols of Lent and What Is Their Meaning?” Rediscover Archdiocese of Saint Paul and Minneapolis. Accessed March 10, 2020. http://rediscover.archspm.org/belonging/what-are-the-symbols-of-lent-and-what-is-their-meaning/.