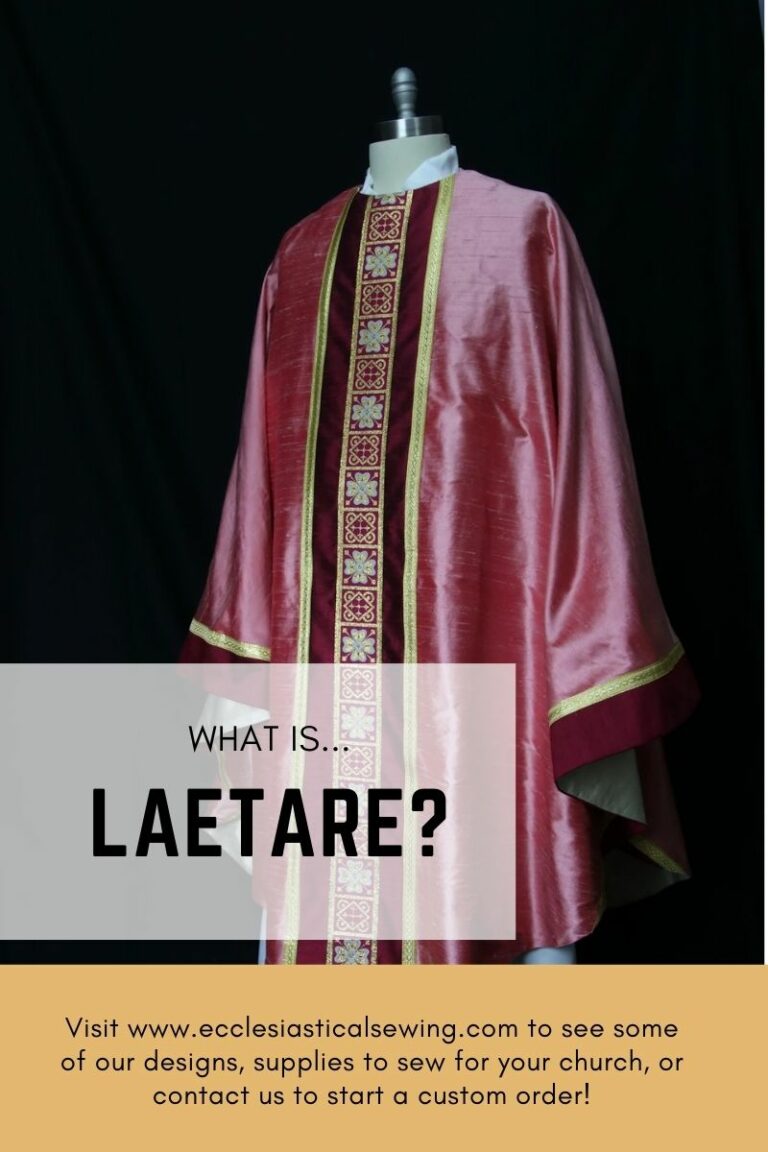 There is a six-week period of time leading up to Easter, these six weeks are known as Lent. Lent is a time spent in the observation, remembrance, and preparation of the death, burial, and resurrection of Jesus Christ.

In this article, we will be honing in on a particular Sunday within the six weeks of Lent known as Laetare Sunday.

The exact dates of Lent and Laetare Sunday are not dates that have been set in stone and are always changing, this is simply because Easter Sunday doesn’t happen on a set Sunday every year.

The date of Easter Sunday is always set to be the first Sunday after the Paschal Full Moon.

So, because the date for Easter Sunday is always changing from year to year, that means that so does the six weeks of Lent, which in turn also means that the date for Laetare Sunday changes.

Laetare Sunday happens on the fourth Sunday of Lent and is to be considered a Sunday of celebration and rejoicing.

The word Laetare means “rejoice” in the Latin text of the word.

Laetare was ultimately decided to be the name for this Sunday of rejoicing and celebration from the Latin text of the scripture verses found in the 66th chapter of the book of Isaiah.

The context of this verse and why it was most likely chosen as the theme verse makes complete sense as to why it is the namesake for Laetare Sunday.

This scripture that was given to the people of Israel through the prophet Isaiah was meant to be the final word of God spoken through his prophet to call the nation into a time of rejoicing and celebration as their current season of suffering and mourning was coming to an end and would be replaced with reasons for great joy and restoration.

While the majority of the Lent season is set at a somber tone as it is spent fasting and practicing penance, Laetare Sunday is the joyful celebration in the middle of the season as people begin to near the end and Easter Sunday.

If you find yourself visiting a Catholic church on Laetare Sunday, you will notice that the church vestments being worn by the clergy and the church paraments that decorate the church itself will be purple during the time of Lent.

There are a couple of reasons for those purple church vestments and church paraments.

Laetare Sunday can be considered or looked at as a respite in the middle of the six weeks of Lent which are considered to be days of solemn fasting and penance.

You might even find some church ministers forego the purple vestments normally worn during Lent and don on pink or rose vestments as a symbol of joy and hope as they get closer to Easter Sunday and everything that Easter Sunday represents.

For those that observe the weeks of Lent, Laetare Sunday is a day everyone looks forward to as it not only serves as the moment of reprieve and rest but in old times it also acted for another reason.

The six-week season of Lent is overall a time of solemn and somber fasting spent in penance and preparation for the coming of Easter Sunday.

For those that observe the season of Lent by fasting, Laetare Sunday is a day that is most welcomed and celebrated when it finally does arrive.

It gives them a cause for respite from the fasting as they spend the day celebrating and rejoicing with their celebratory church vestments and church paraments of rose pink (if they decide to briefly switch from the purple used throughout Lent) as they begin to get closer and closer to the day of Easter Sunday when they will celebrate and rejoice in the remembrance of Jesus Christ and his death, burial and resurrection for the forgiveness and atonement of sins. We hope that you have enjoyed reading this article about Laetare Sunday, the fourth Sunday of the six-week season of Lent.

If you have been debating about participating in the observation of Lent in the traditional sense of fasting, it truly is an amazing experience as it brings you into a mindset of penance, preparation, and sacrifice that culminates on Easter Sunday.

However, while you are observing Lent, we hope that you come to enjoy and look forward to Laetare Sunday just as much as the rest of us because of the rejoicing rest it calls us to celebrate.