June 12, 2016 Leave a Comment
Contributing writer Ashley Z.  brings us today’s Ecclesiastical Sewing post. Ashley is a graduate student, and is currently traveling in Europe. I should also mention, she is my daughter. While she travels, she will be visiting churches throughout Copenhagen and Italy, sharing information about their history, and of course, as she is able, anything relating to Church Vestments and Ecclesiastical Sewing. I hope you enjoy Ashley’s descriptions of beautiful churches see visits during her summer travels.

Be sure to visit our online store front Ecclesiastical Sewing where you may shop for Liturgical Fabrics, altar linen fabrics, church vestment making patterns, liturgical machine embroidery designs,  church vestment trims and notions and so much more. You may also find us on  Ecclesiastical Sewing  on Facebook , Twitter, and Pinterest. Sing up for our mailing list  at the bottom of the page on our online store front and receive a free copy of our Small Linens Booklet as our way of saying thank you for following alon

Memorial Day in Copenhagen Part 2
Every educated person who visits Copenhagen ought to see the statue of the Little Mermaid. The city’s famous brewer was enchanted by the ballet performance of the Hans Christian Andersen story and commissioned a statue as a gift to the city of Copenhagen. On the way to the statue, however, it is well worth a detour to see St. Alban’s Anglican Church. 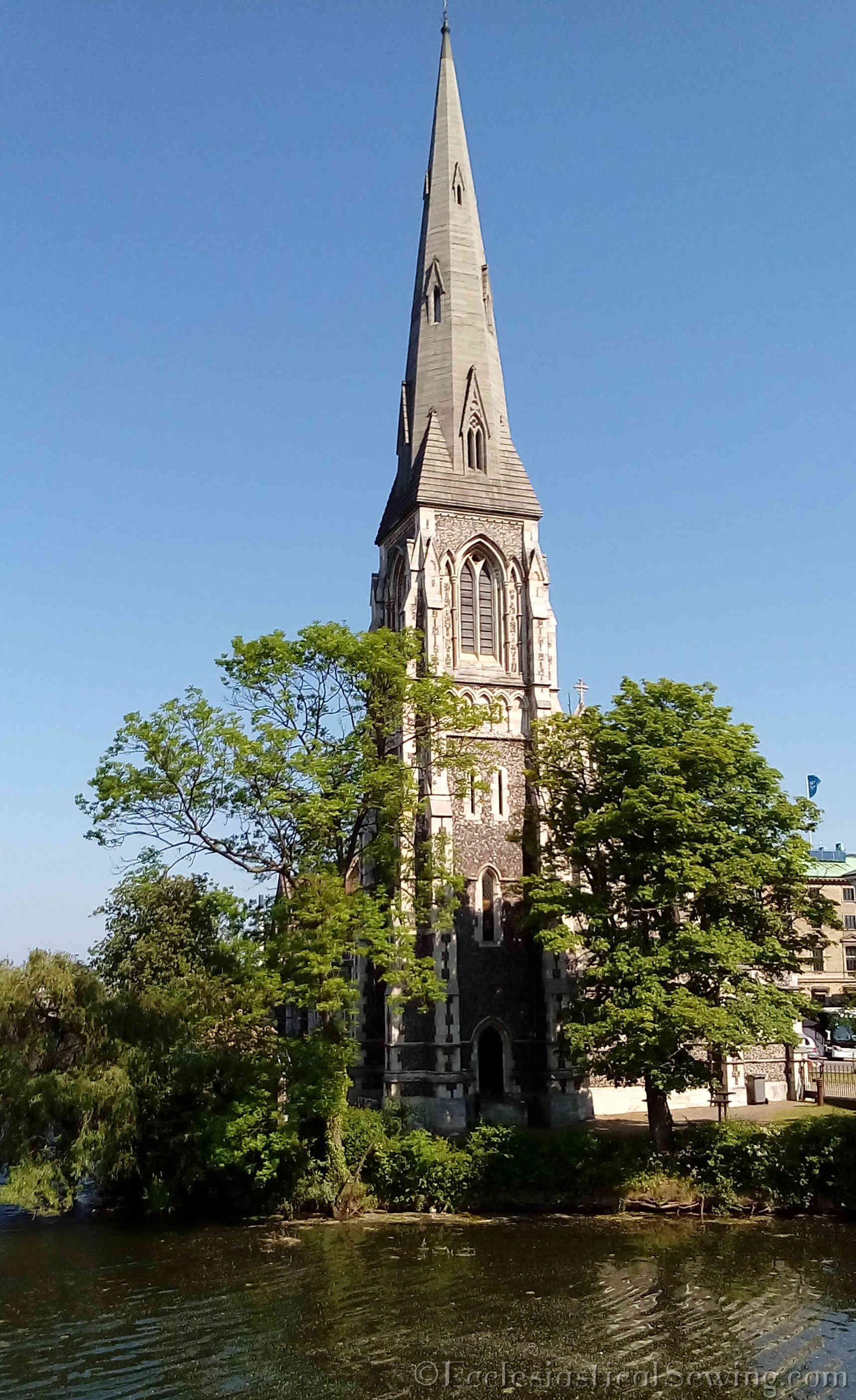 Denmark and England have had a rocky relationship to say the least. The Old Danes used to terrorize the English coast, and since then they have been in various wars or turmoil. In times of peace, however, there existed a trade between the two countries. Both Scots and English migrated Denmark during the 16th century. The English established shipping agencies. The English desired to worship in their own language and by their own traditions, Anglican.  Frederik the Third had forbidden all religions save the practices of the Lutheran church in the King’s Law of 1665. The English worshiped at home, although the practice of communion was forbidden. Religious freedom to worship was not granted until the Danish Constitution of June 5th, 1849.

The English took advantage of this and tried to establish a church of their own. It took thirty years and the help of the Princess of Wales, Alexandra, to finally ensure this church became a reality. September 19th, 1885, Princess Alexandra placed the foundation stone for this church. Attending this ceremony were her husband the Prince of Wales (the future Edward VII, eldest son of Queen Victoria), King Christian the ninth of Denmark and his queen Louise (Alexandra’s father and mother), Tsar Alexander III and his wife Tsarina Feodorovna (sister and brother-in-law of Alexandra), the Danish crown prince Frederik (brother of Alexandra), and several other Royal family members and representatives of other Royal Houses in Europe. 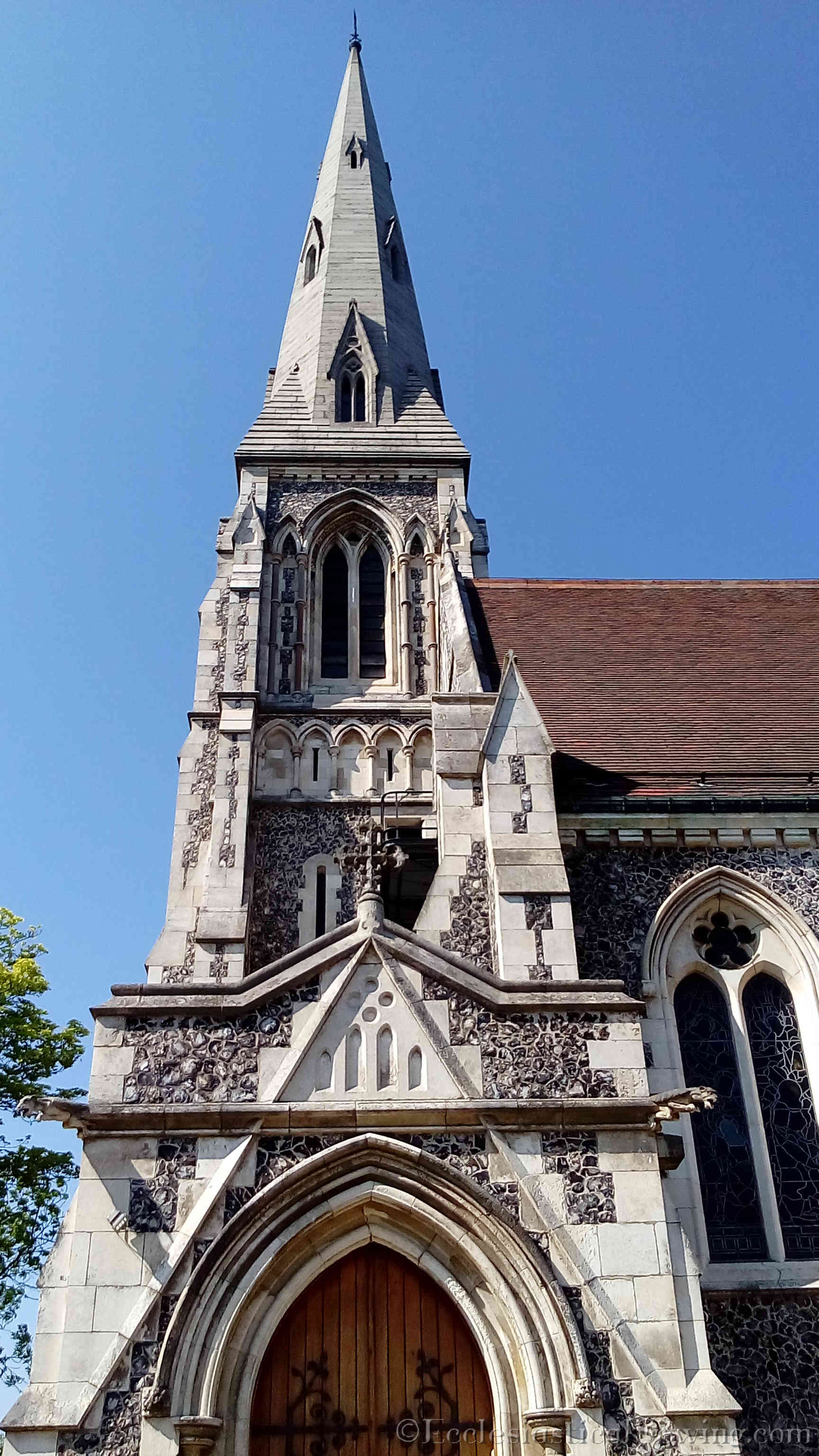 St. Alban’s was consecrated September 17th, 1887. Again, the same royal relatives were present. Following the consecration the Prince and Princess of Wales hosted a lunch on their royal ship for those who had worked to make the church a possibility. This church, although first and foremost a house of worship promoting freedom of religion, was as much a tool to connect European nations. 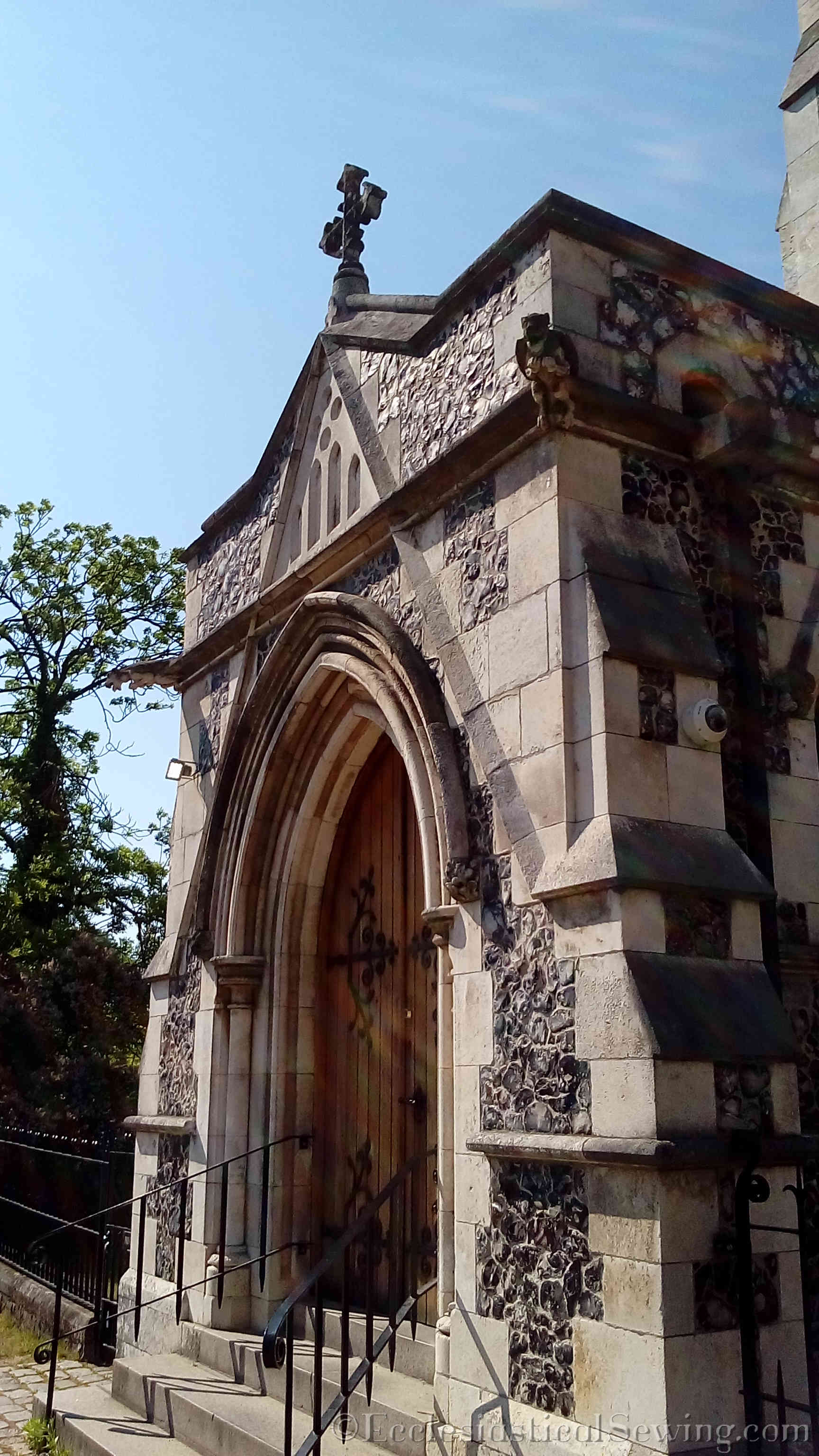 The architect who designed the church was Sir Arthur Blomfield. The actual execution of the church was done by Danish architect Professor L. Fenger. The vision for this church was to create a church unlike the Danish churches that populated Copenhagen. And so this building was created to look as much like a typical English church would look. 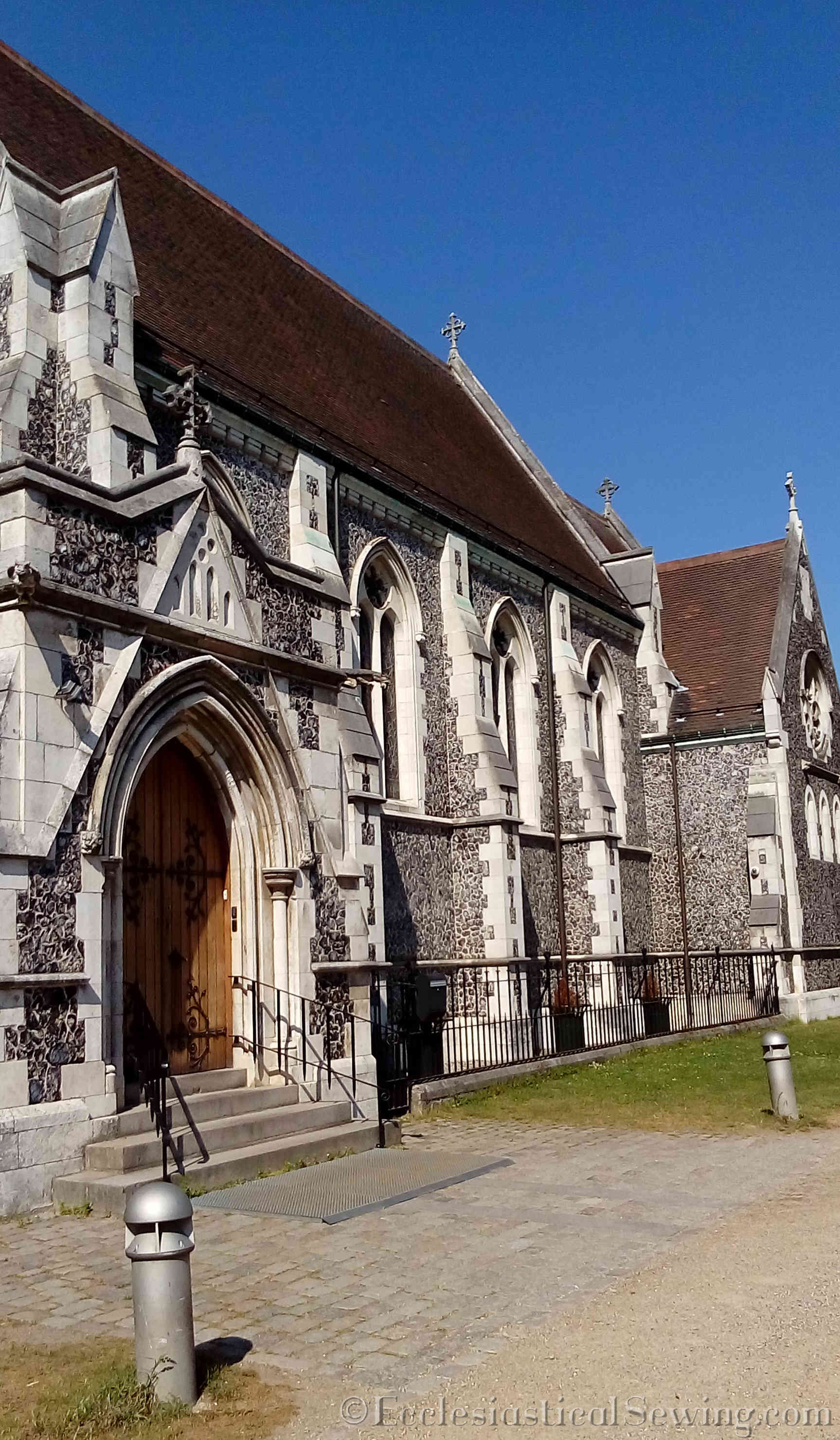 This church has survived and worship has been conducted without interruption since its consecration. It is interesting to note that even during the German occupation, service continued as usual. The reason for this is because the Germans did not see Denmark as an occupied country, but an independent country under German protection. The Germans did not consider closing the church to be important enough to apply to the Danish authorities for permission to close it.
Although I was unable to visit the inside, this little church has an incredibly complex and rich history. During my next trip to Copenhagen, I will make a point to arrive early enough to make the visiting hours and see the inside of this stunning little English-Danish gem. For now, it was enough to learn about the rich, interesting history that surrounded this house of worship.
Bibliography
St. Alban’s Anglican Church, Copenhagen, Denmark
St Alban’s Church, Copenhagen. “About the church building.” (2016).
Ecclesiastical Sewing Church History