Cathedral of St. Helena: in Search of Vestments

Visiting a grand Cathedral is a bit like being on a treasure hunt,but the crew at Ecclesiastical Sewing love treasure hunts. The designers and architects used endless ways of conveying the stories of faith and salvation through a seemingly endless variety of media. The Cathedral of St. Helena in Helena Montana is a stunning example of the masterful use of church design. 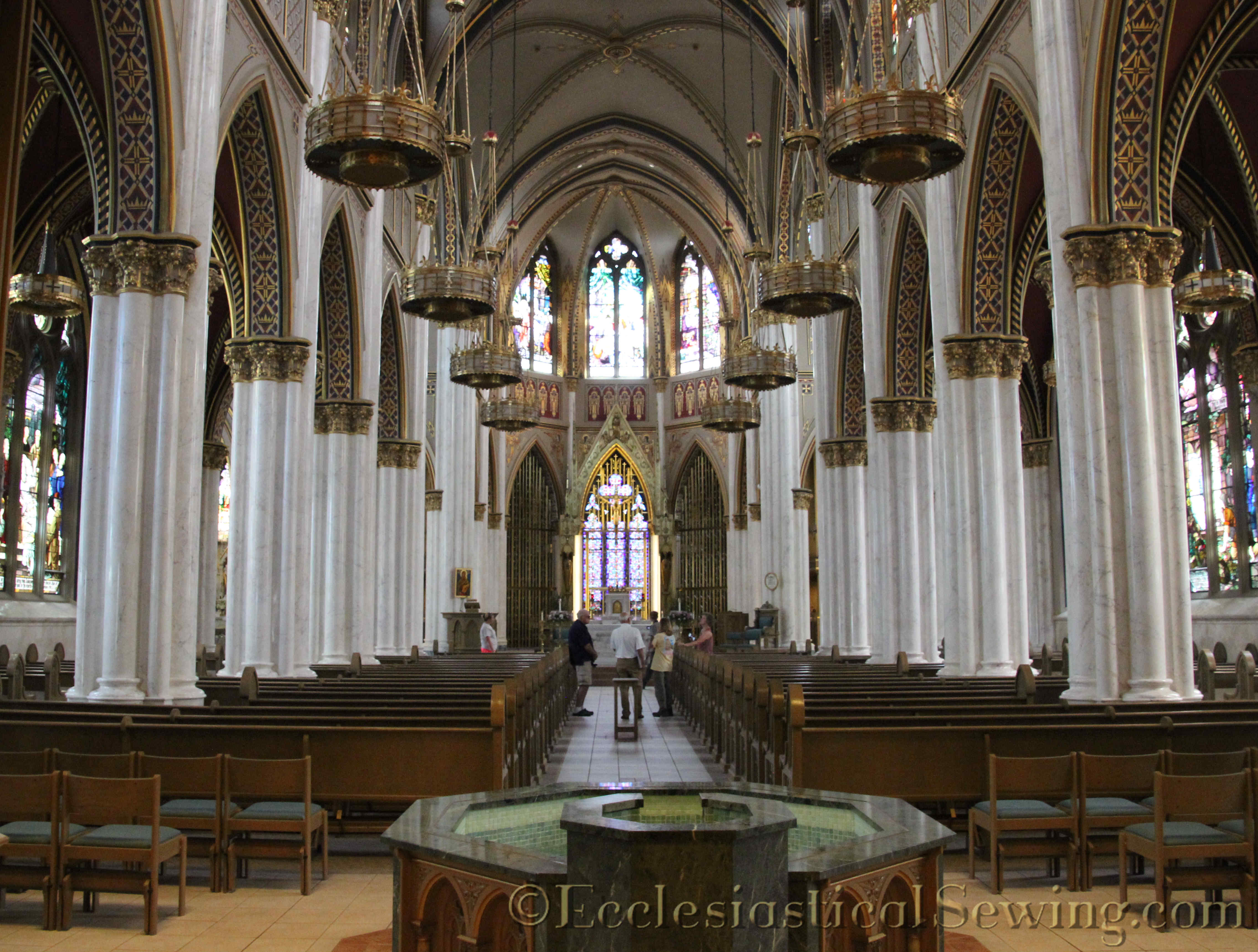 At first glance, the main aisle of the Cathedral is grabs and holds one’s attention with the dramatic use of color. The white columns draw the eye up to the elaborately painted arches, and then the eyes move from one arch to another down the length of the aisle, until they reach the dome at the end above the chancel. But take a moment and look closer at the details. The painted arches are not just an elaborate motif. There is a lovely repeating cross and diamond motif gracing the arch in vivid colors of blue and gold. 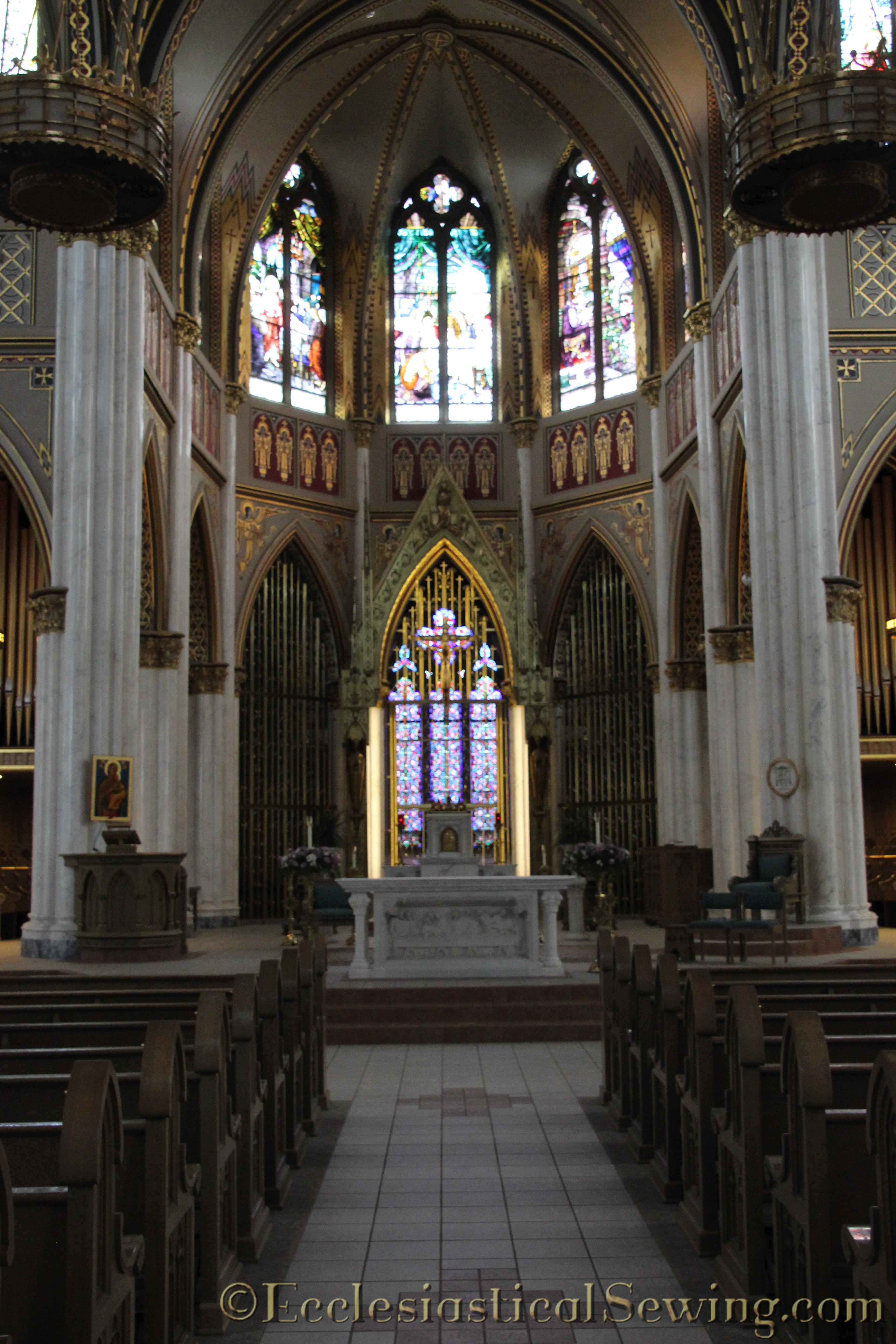 As one approaches the chancel and altar, more religious motifs reveal themselves in a host of places. Notice the crosses near the top on the outside of the white pillars.  There are crosses under what appears to be mountains in the very tops of the arch on the domed ceiling. The floor tile has cross motifs. Yet not everything is clearly in vision, even at this distance. 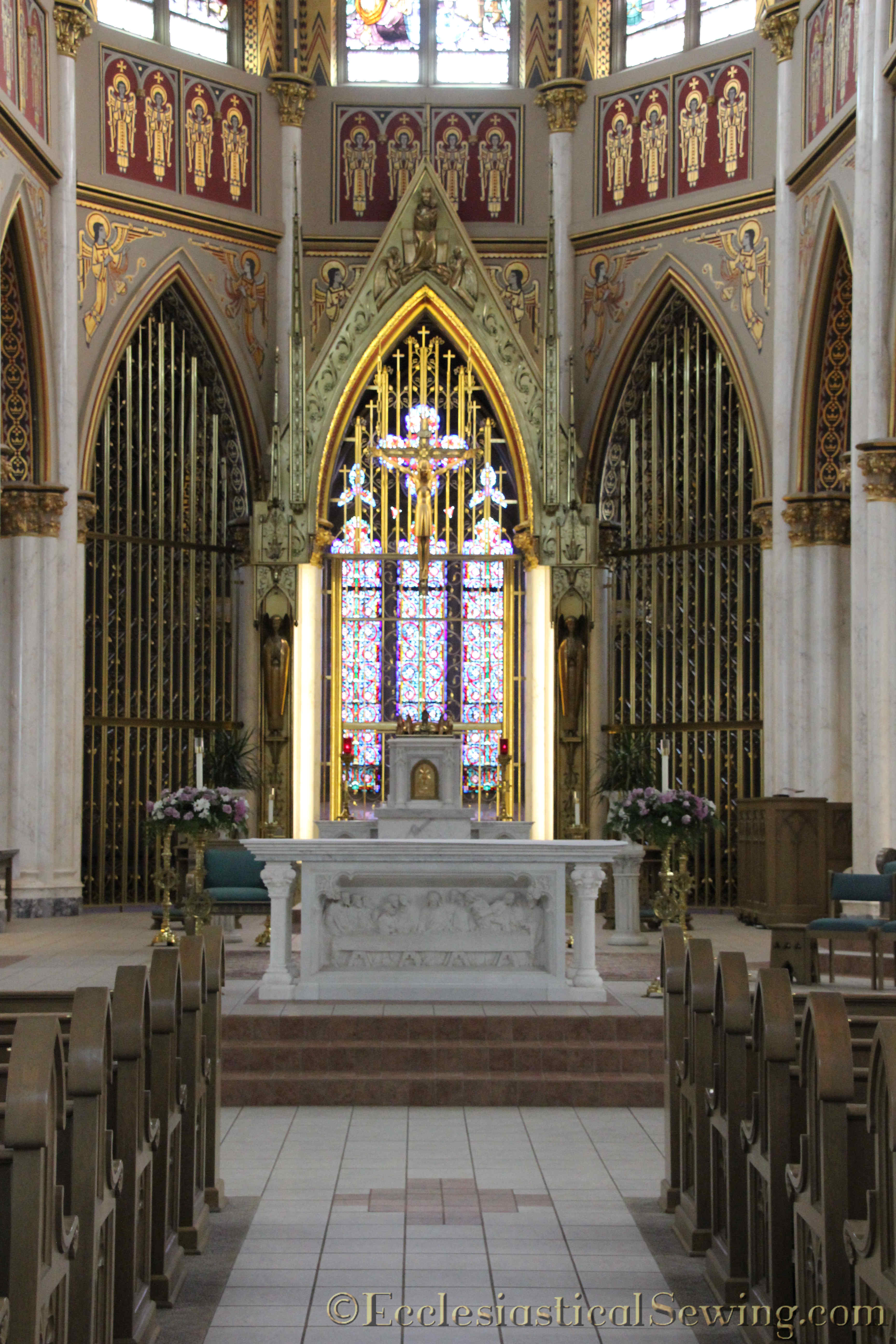 A host of angels keep watchful eyes over the altar and chancel area. Two bronze (or metallic) angels stand guard on either side of a crucifix  which hangs over the tabernacle. And the altar is there, telling the story of the Lord’s Supper. It take a while before this scene begins to sink in. The details unfold slowly, to be enjoyed and to create that sense of wonder that can happen when one enters the Lord’s House.  The altar held my attention for quite a while. It is lovely, with two beautiful candelabra gracing either side. But there was something about the altar. What it was eluded my for a while, and then it stuck. The altar had no linens or altar hangings. I looked to see if I had missed something, but there was nothing there on either occasion when I visited the church. While I had hoped to come across something on the altars relating to Ecclesiastical Sewing, it was not meant to be, at least on the altar.

There were treasures a plenty in the sacristy and we shall get to those in the coming days.