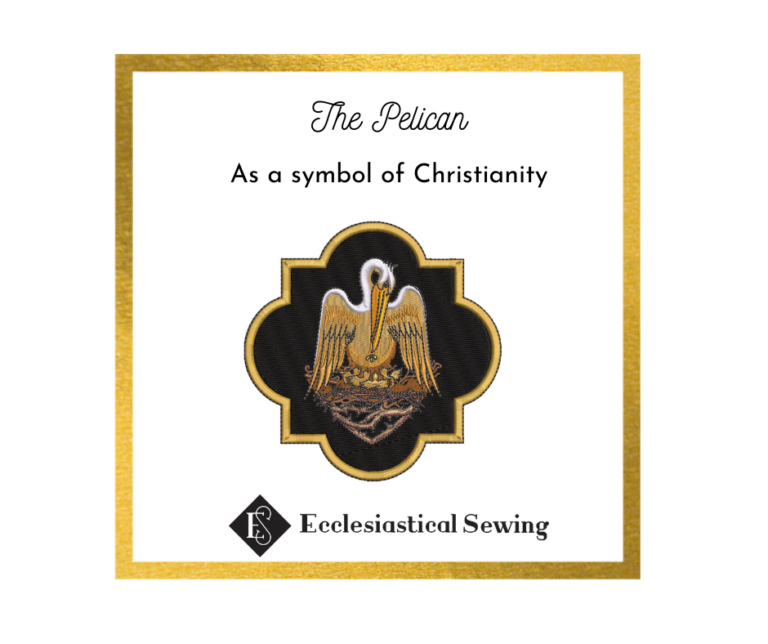 We all have seen the images and artworks of a pelican feeding its nestlings from its beak. Whether inside or outside churches, these artworks are widely recognized as a symbol of Christianity all over the world. However, the pelican is not a biblical image. So, how did it come to be associated with Christ?

The answer lies in ancient literature and artworks that predate Christ. The church symbol of the pelican was first used in the British 12th century as the bird was believed to be a perfect example of the great sacrifice that our Lord made for us.

However, the legend that symbolized pelican as the epitome of sacrifice dates way back. This charitable representation of the pelican could be traced back to a second-century book by a Christian author. Although the author was never identified, his unique artwork became symbols for the next generation.

Why is the pelican associated with our Lord, Jesus Christ?

According to the legend, the pelican pierced its breast with its beak to feed her young with blood. The ancient anecdote is believed to be during the famine which rendered the food supplies to the bare minimum. Helpless and desperate, the mother pelican chose to sacrifice herself so that her nestlings may live. 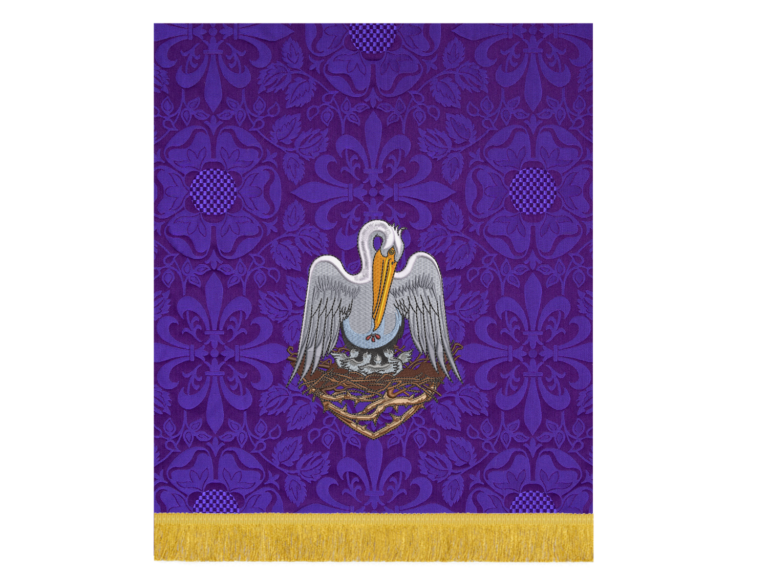 Does the ancient anecdote hold any truth? And why is it so prevalent, if not based on scientific evidence?

Unfortunately, the anecdote is believed to be scientifically inaccurate. It is thought that the red beak of the pelican compared to its brilliant white feathers might have fanned this legend. Moreover, the pouch of a certain species of pelican turns red in the breeding season, something that might have contributed to this legend.

However, it needs to be realized that the pelican is a mutually understood symbol of charity that is deeply intertwined with Christian art for many centuries. Even if the symbol has no scientific sense, it still reminds people of the great sacrifice that our Lord Jesus Christ made for us. He suffered and died so that his blood may atone for our sins. The parallels between the mother pelican and Christ are noteworthy. 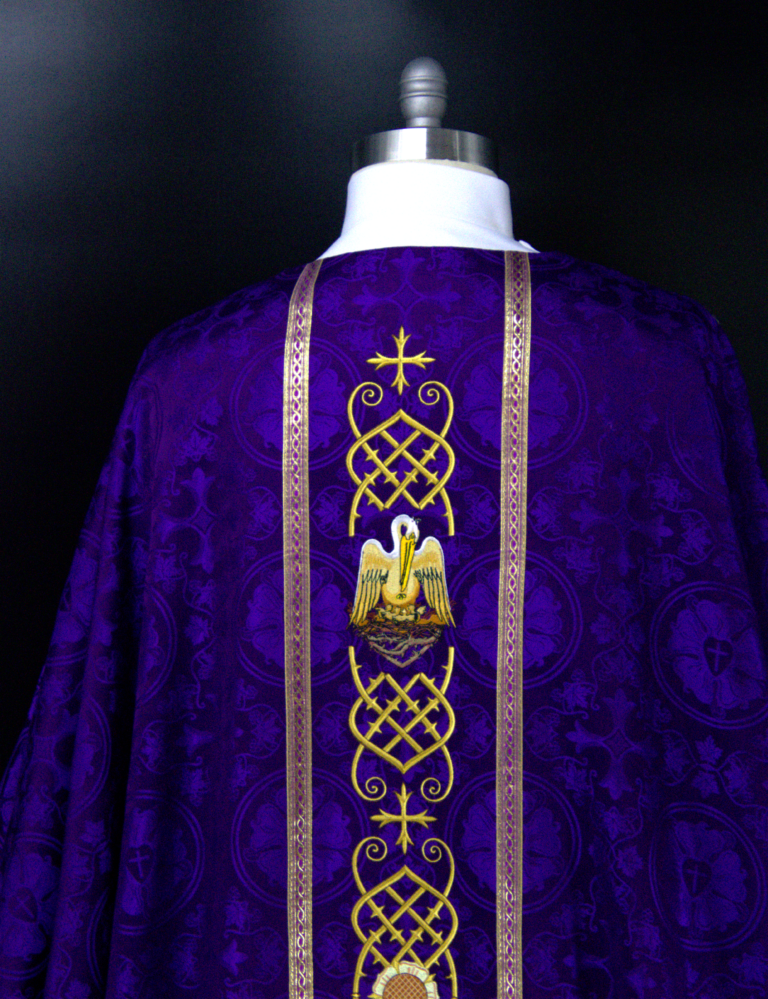 It awakens the spirit of charity towards others and reminds us of the generosity of our Lord, the great redeemer. Therefore, the image of the pelican is a strong reminder that ties us to our faith and a universal symbol that joins the Christian community together. 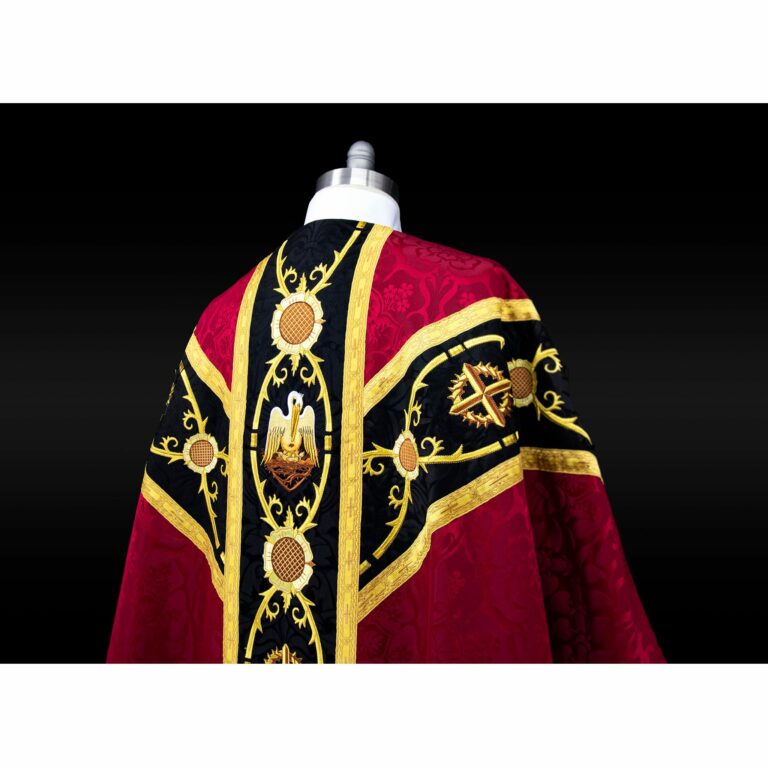 Please contact us to learn more about custom chasuble and church vestment designs.