Over the next few days I would like to talk to you about certain ecclesiastical vestments that are worn on the head. Often we focus our gaze on the voluptuous garments that cover our ministers of the church. It is important to know each distinct garment and its history. Based in practical reasoning, traditions are now carried on without knowing the origin. When we travel to Europe, view exhibits in a museum, or look in old volumes, we see all kinds of garments that our ministers no longer wear, or wear an entirely different variation. Today the topic is the amice; its changes and history.

Now technically the amice is not always worn on the head. As the first item of liturgical vestments, I am including it in this three part series because it comes into contact with the head and is typically worn about the neck; and is on occasion seen worn as a  type of headwear or head covering. The amice started as a mere accessory to a Roman’s dress in the period of the Roman Republic. Circa the third century B.C., a linen cloth was tucked around the neck and under the garment. During the Imperial Roman era, this cloth was increased in size and was placed around the neck and shoulders in the same way a shawl would be worn.

When this garment began to be used by the Christian clergy in worship service as an ecclesiastical vestment, it was known as the amice or in England as a superhumerale. The most common form for this garment is shown below. It was a linen cloth that had strings to tie around the head. It could be decorated with orphrey or a fillet of gold. During the twelfth century, a large cross began to be embroidered across the whole of the rectangular cloth. 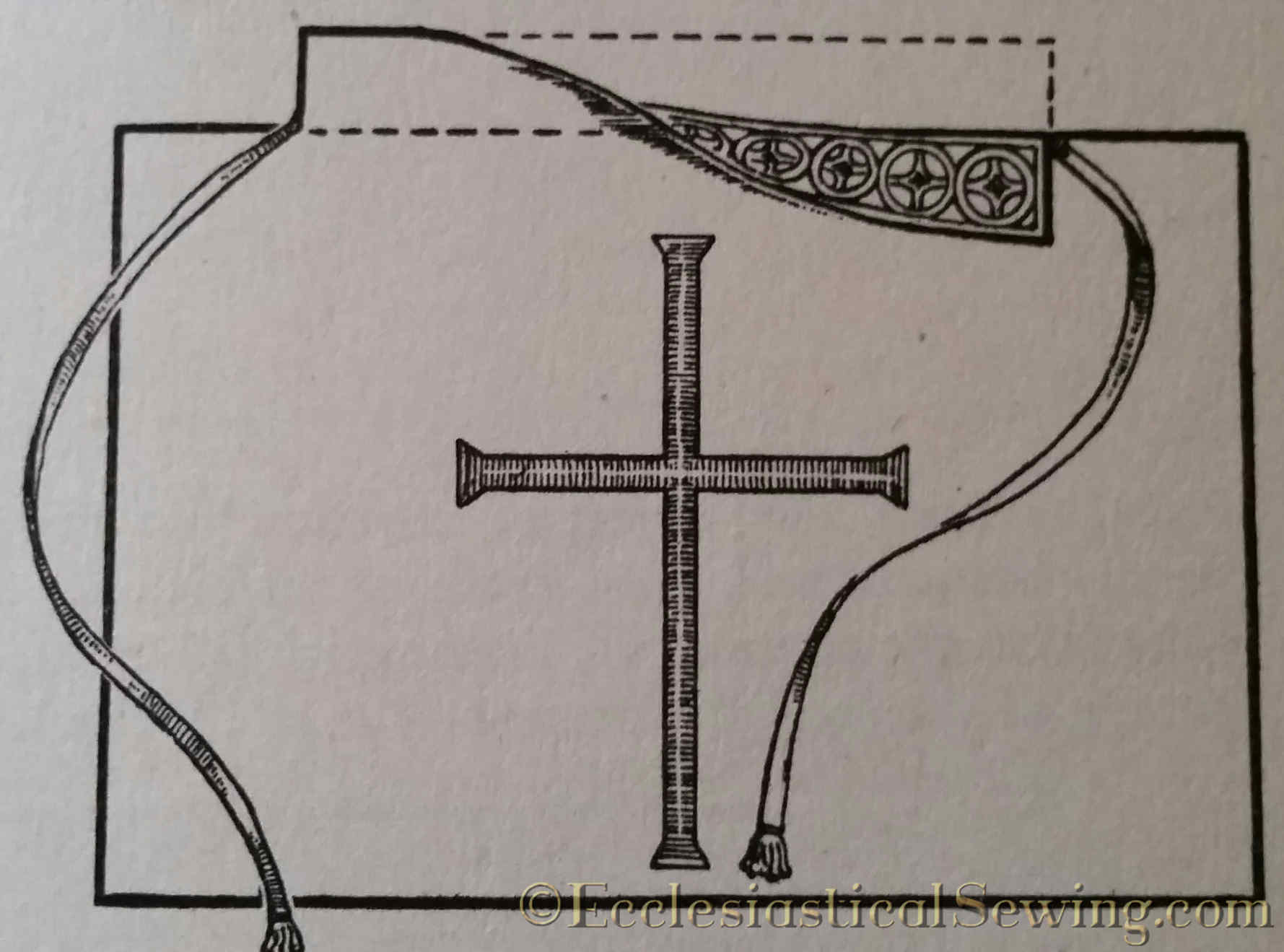 The amice is the first garment to be put on by a priest. It is worn on the head, while he offers up prayers and intercessions, and then he continues to dress. After the alb is put on, the amice is pushed off his head and worn around his neck as a collar. The long cords of the amice are then tied around the alb under the arms, crossed around the back, and brought back to the front to be tied. All this being said, there are instances when the amice is kept upon the head for practical reasons: such as warmth during a processional or in a particularly drafty church. 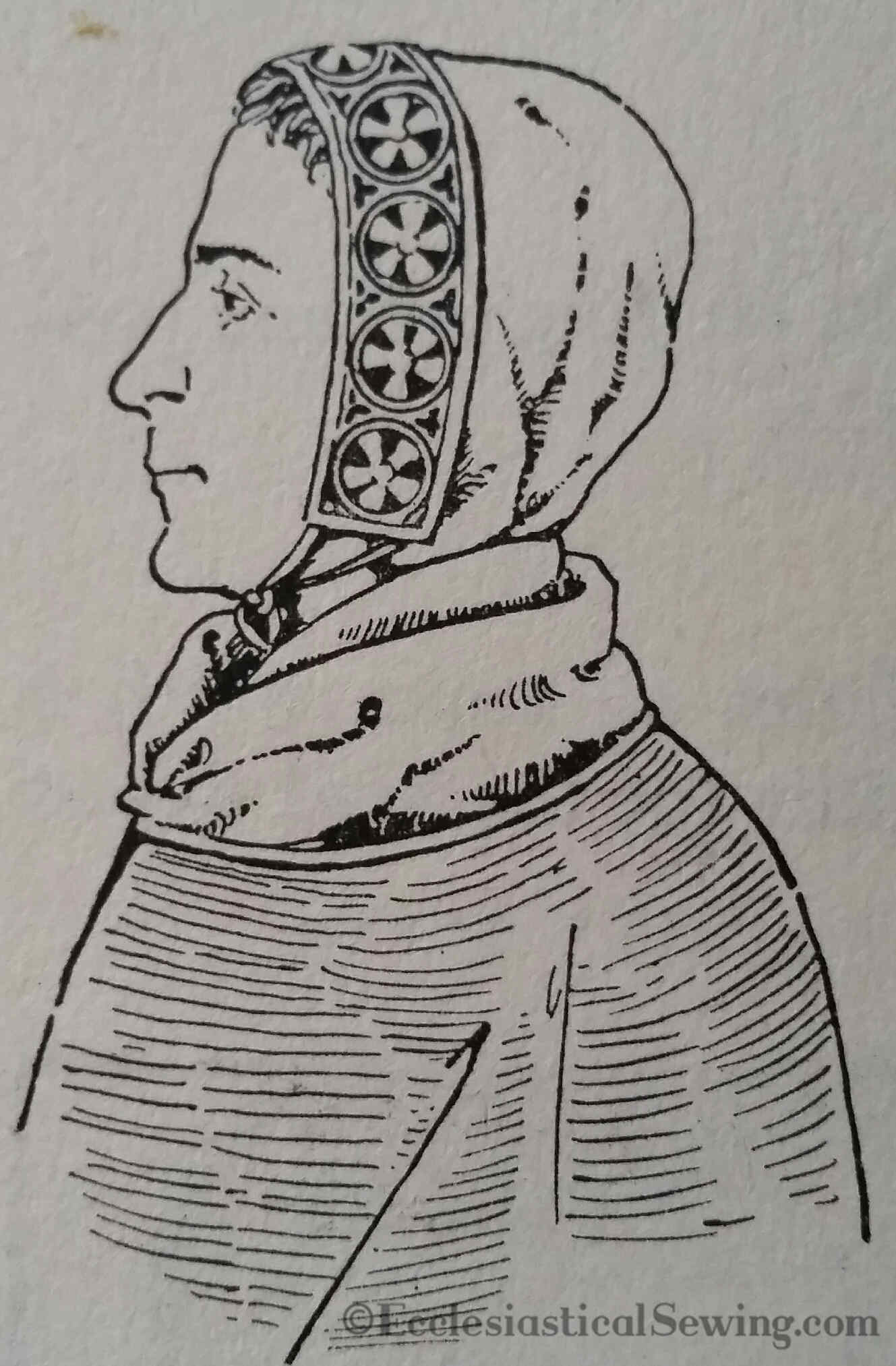 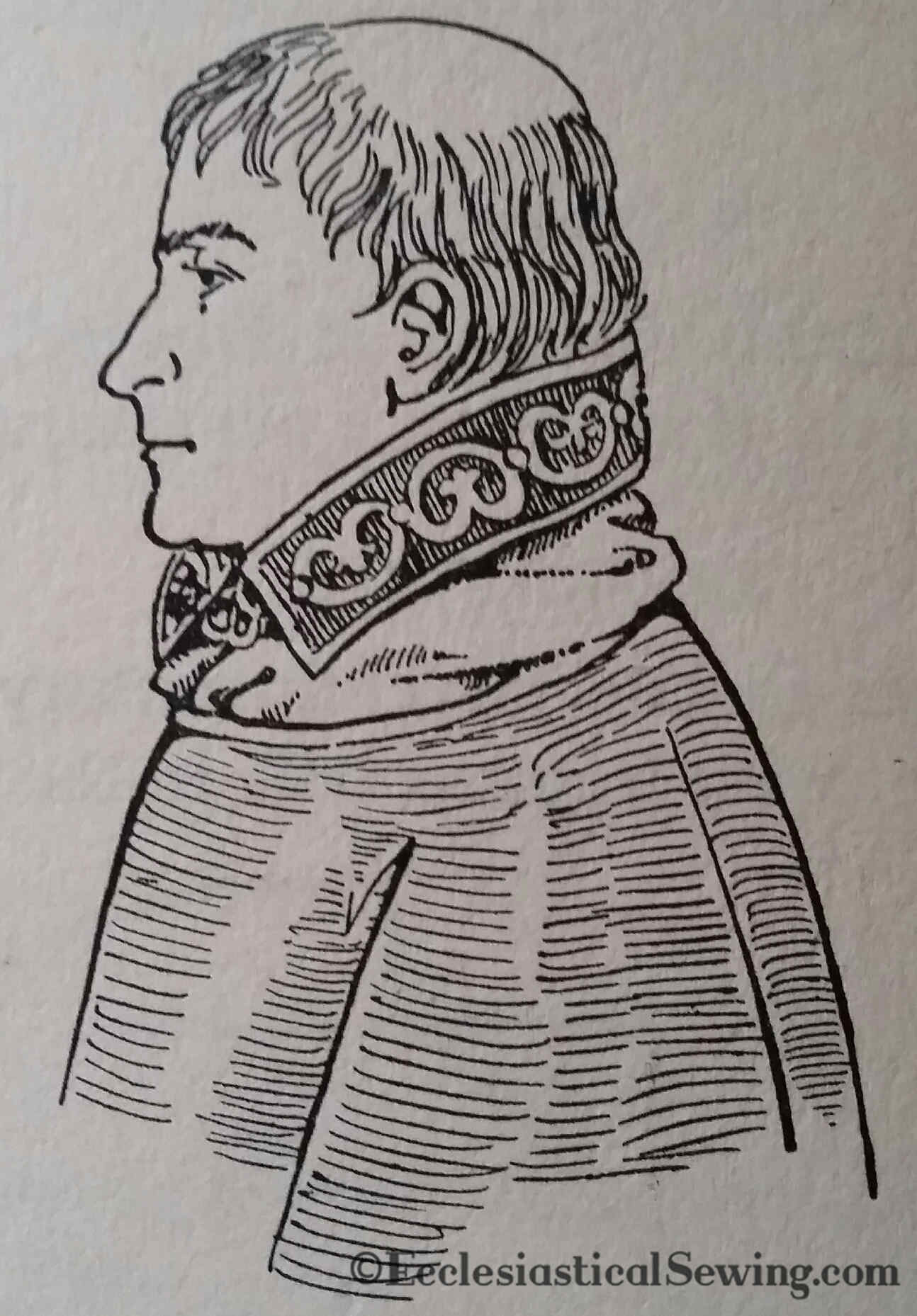 The amice is still worn today by some priests or pastors in the Roman Catholic Church, the Lutheran Church, the Anglican Church, and some other denominations. Some wear it on the head; some wear it around the neck; yet both are still considered an amice. When considering constructing one, keep in mind that the collar on an amice is called an apparel.  The amice can be simple white linen with a cross embroidered on the back. Or it can have a linen collar that is embroidered–in colors or white–or it can be heavily embroidered or made with nice fabrics. There is also a trick to construct a removable apparel so the linen can be laundered and the collar put back on after laundering. So for a more thorough reading on the amice, I highly recommend the sixth chapter in Church Vestments: Their Origin & Development by Herbert Norris.